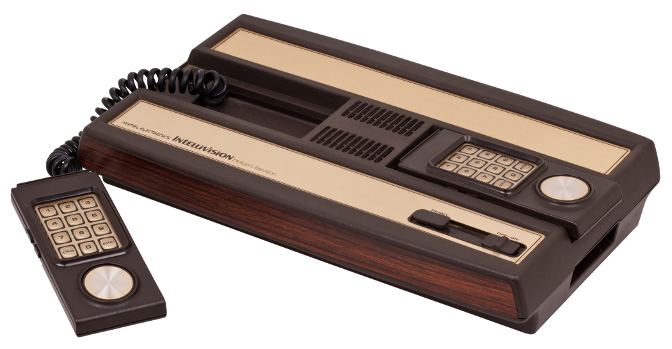 Taborius and Tridrakious are back with another crazy episode of Just 1 More Topic! This time we’re diving into the Oklahoma Video Game Exhibition and it’s 2014 incarnation that will be held at PJ Gamers in Broken Arrow, Oklahoma.

Plus what we think of a potential Sony and Microsoft console.

Unsurprising to me, Pokémon XD: Gale of Darkness is nigh-indistinguishable from its predecessor. The 2005 follow-up to Pokémon Colosseum takes place five years later and still features Orre as a backdrop. The morally bankrupt Cipher has made a return and they’ve begun foisting their Shadow Pokémon on the land again. Snagging Pokémon remains the major conceit of the game, although there are a scant few wild Pokémon. Double battles are also the primary method of battling, which, in itself is different from the mainline games. This is essentially the same game as Colosseum, which was solid, but not great, and will appeal only to those Pokémaniacs, like myself.

As mentioned, Cipher is making a return in the land of Orre, albeit, under different leadership. They still intend to conquer the world through the use of Shadow Pokémon, but there are those willing to confront them. The nameless (in my case, Sherbet), silent protagonist is simply a shell for the player to experience the goings-on of Orre. His allies are diverse, and mostly new faces, but as was the case with Colosseum, the narrative is very light, and the characters, mostly forgettable. Except for Mirror B…

The player receives the snagging machine that Wes used five years ago and with that, the game takes on the form of its predecessor, verbatim. Double battles still make up 95% of the battles, and I was still a big fan. In conjunction with the great 3D renderings of the Pokémon, the battles were hands down my favorite part. Perhaps in an effort to differentiate itself, or, at the very least, build a common tie to the mainline games, there are wild Pokémon to catch. And, there are, literally, twelve to catch. To do so, bait is left at one of three designated areas and then, when one comes snacking, the player is alerted. I found it to be an insignificant, basically pointless, addition.

One positive facet of this game is the density of the snaggable Pokémon. This game and its predecessor are unique due to the limited palette of Pokémon to compose a party. Colosseum had a little over 40, while this title features more than 80. They’re mostly from the first generation, which may make this title more favorable if one began with the original Game Boy games. Even though it took me six more hours to complete the story, time flew by since my party and collection was consistently changing. Also, purifying the Shadow Pokémon was way easier/streamlined in comparison to Colosseum. You don’t even know!

As a whole Pokémon XD: Gale of Darkness bears more than a similarity to Pokémon Coloseum – it’s barely anything more but that game! With the only major differentiating feature being a new roster of Pokémon, this game is definitely for the Pokémaniacs only. Both it and Colosseum are interesting takes on the tried-and-true formula on the mainline games, and truthfully, at least one of them would be worth giving a shot. Thanks to nothing more than the larger roster of snaggable Pokémon, I’d probably give this game the edge. 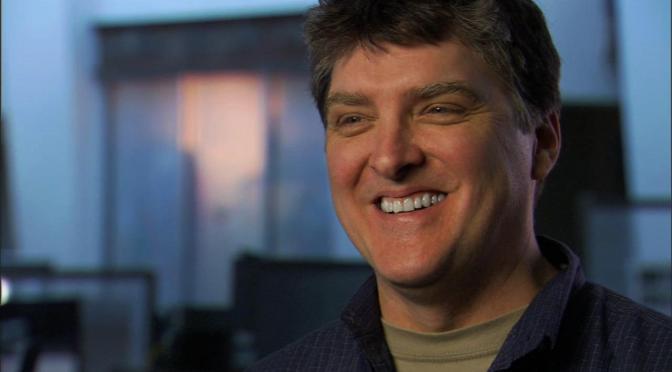 Hello wonderful readers of My Brain on Games! I’m Jeff, a.k.a. Tridrakious from Just 1 More Level and I bring a gift.

We’re partnering in various new initiatives throughout our businesses to bring a powerful media juggernaut to life!

The first piece of the partnership happened with John bringing his content to Just 1 More Level and now I’m here to continue the effort. Presenting… Just 1 More Topic!!!

It’s been a long time but I haven’t dropped this grand ambition of mine. As I mentioned at the end of my last check-in, after beating Pokémon Colosseum, I was due to begin Pokémon Emerald. It was a new experience for me as I skipped out on the game when it originally released back in 2005. My experience was somewhat of a mix between a trip down memory lane and dementia, as I recalled certain aspects and events, but couldn’t really tell what differentiated it from Ruby and Sapphire. Nonetheless, I’ve powered through the narrative, and am passively working on the Pokédex while I actively play Pokémon XD: Gale of Darkness – my current challenge.

Currently, I’m close to crossing the 100 hour mark in Emerald. Honestly, I didn’t anticipate spending this much time with the game. I believe I was around 70 hours into it when I decided I’d completed all of the postgame content I was going to complete and thusly, moved onto Gale of Darkness. However, I’ve put another 30 hours into Emerald by playing it before bed here and there and taking it with me into public if I anticipate a long enough downtime to fire it up. In fact, on one such outing (a visit to the emergency room, care of my girlfriend) I caught a shiny Pokémon! It was a shiny Wailmer, which I’m pleased as punch with.

I anticipate completing Gale of Darkness in another dozen or so hours, so I’ll probably spend more time with Emerald before jumping into the next game on my list – Pokémon Platinum! In that time span, I’ll be working towards completing the Pokédex, although I don’t think I’ll be able to fill out the 200+2. That being said, I have many Pokémon to trade between LeafGreen, Colosseum, and Gale of Darkness, so we’ll see. As far as the next stops on this tour of mine, Platinum will follow Gale of Darkness; afterwards I’ll jump back to the console space with the Wii’s Pokémon Battle Revolution. After that, Pokémon Ranger is a possibility before jumping into HeartGold and then the Black/White series. Until next time, which, will be much sooner.

Pac-Pix was one of the earliest games released for the Nintendo DS. In fact, it was one of the first tech demos shown for the ugly-as-hell DS prototype at E3 2004. The core mechanic of drawing Pac-Man to chomp on ghosts has always intrigued me, but at the time, I was more drawn to Pac ‘n Roll due to its polygonal graphics. It wasn’t until this past week that I finally picked up a copy of Pac-Pix and devoted a few hours to completing it. I was happy to discover that its primary gimmick was well-implemented, despite some annoyances.

Reigning as one of the most identifiable characters in all of video games, drawing Pac-Man was a simple task. Personally, that meant it was a simple task that often resulted in a malformed Pac-Man as I’m no artist. Nonetheless, the game was forgiving. As long as the circle had a divot missing (representing his mouth) Pac-Man would form and chomp away in a straight line. Drawing walls allowed him to ricochet around and stay in play. In the later stages, the ability to draw arrows and bombs was added to increase the depth of mechanics, as well as the difficulty.

Composed of twelve stages, the game only took me a few hours to complete. However, the final few stages were very difficult. On the top screen in these later stages, many ghosts and switches resided. Hitting them to drop them down or activate a flame or door required ever more precision on my part. Perhaps the precision required made me a little sloppy, but many times my drawings wouldn’t be recognized and therefore, wouldn’t come to life. This grew frustrating and made me question the quality of the game’s recognition abilities. I was able to overcome though so they weren’t completely busted, just annoying on the harder stages.

Even today, nine years after its 2005 release, I think Pac-Pix is one of the more unique games on the Nintendo DS. It’s a simple game with little to its mechanics, but they are well-implemented. A second book was unlocked after beating the game, and it seems to be a repeat of the first book, with tougher enemies. All told, it’d be easy to spend a day with the game and not return to it, but it’s a fun diversion that makes interesting use of the DS.