Astro Warrior is, ostensibly, a ten minute game. After devoting multiple hours to it these last couple of days, I finally completed it last night. Understandably, I was over the moon. Developed and published by Sega in 1986, it’s a shoot ‘em up where success was predicated on quick reflexes and memorization. With each session I hoped to reach deeper into space, witness another wave of enemies and figure out how to overcome them, eventually doing well enough to complete the game. While the game was only three stages long the impressive enemy variety kept me on my toes. Inevitably, as failures mounted, I grew frustrated. Power-ups were generated by shooting tiles and I had my preferred arrangement. So, when I prematurely lost a life and reverted back to basics, I angrily hit the reset button. My experiences ultimately resulted in a magical final playthrough and an adrenaline rush that postponed my bedtime considerably. So much for a ten minute game.

Looking forward to playing a traditional shoot ‘em up, my hopes were dashed soon after starting Global Defense. It falls squarely within the genre but is anything but traditional. Originally released as SDI – Strategic Defense Initiative in arcades in 1987, the Master System port followed a year later with a less obtuse moniker. Gameplay remained unchanged but proved complex for the simple control options of the platform. Playing solo was a cumbersome affair that yielded little enjoyment. With a partner, it was much more fun but still lackluster.

END_OF_DOCUMENT_TOKEN_TO_BE_REPLACED

Although I’ve long been aware of Space Harrier, playing through the Master System version provided my first hands-on impressions of it, for better or worse. Originally released by Sega as an arcade game in late 1985, it was one of the first games designed by the now legendary Yu Suzuki. The following years saw a multitude of ports to popular home computers but it wasn’t until the 1987 Master System port that one of them had the distinction of being handled internally at Sega, helmed in part by the similarly iconic Yuji Naka. The resulting version faithfully adapted the fast-paced shoot ‘em up gameplay, vibrant stages, and varied enemies of the original release, despite the technically inferior Master System hardware that could’ve been a devastating drag on quality. END_OF_DOCUMENT_TOKEN_TO_BE_REPLACED 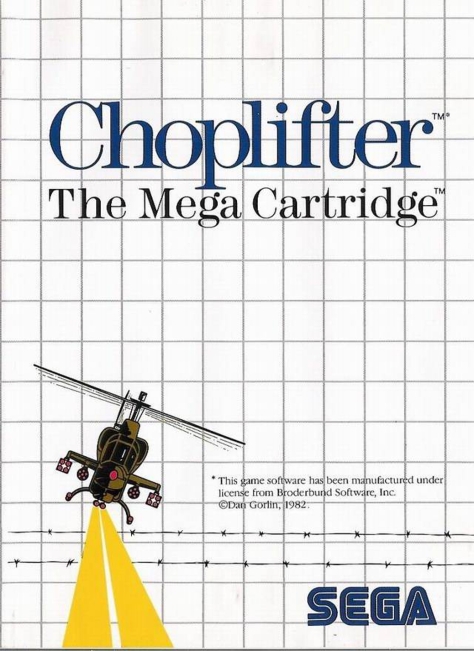 Of all the games I’ll play on the Sega Master System, Choplifter will likely be the only one that originated on the Apple II. Designed by Dan Gorlin and originally released in 1982, it’s a side-scrolling shoot ‘em up that emphasizes hostage rescue and accordingly, draws comparison to Defender. In truth, the version I played has more in common with the games I’ve previously written about since it’s actually based on Sega’s 1985 arcade release of Choplifter. Like most of what I’ve played thus far, I found it both enjoyable and challenging. END_OF_DOCUMENT_TOKEN_TO_BE_REPLACED

Debuting on the Master System in late 1986, just after the console launched in North America, The Ninja is a fantastic port of Ninja Princess, a little-known arcade game Sega released the year prior. Gameplay is of the run and gun shoot ‘em up variety, akin to subgenre classics like Commando and Ikari Warriors, although Ninja Princess predates both; as does its setting, the main differentiating factor between this and many early entries within the subgenre. Despite a run time of about ten minutes, it took me hours and days to complete, resulting in a very rewarding finish! More importantly, I thought it was well designed, enjoyable, and worth my time. It’s the first game I’ve played on the Master System whose quality surprised me, a true hidden gem. END_OF_DOCUMENT_TOKEN_TO_BE_REPLACED 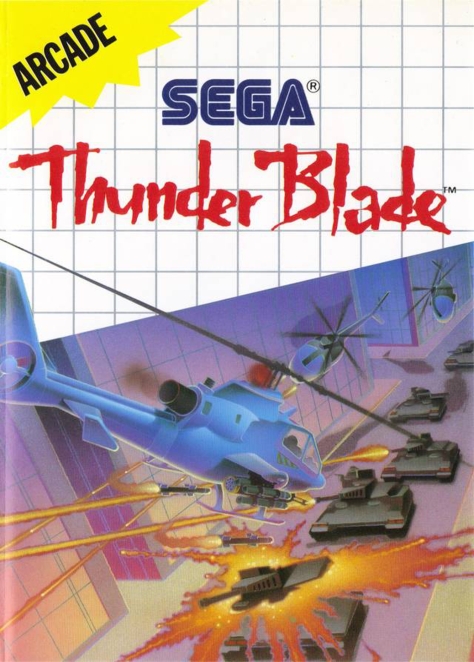 Just as the Sega Master System’s version of After Burner was disappointing, so too was its port of Thunder Blade, Sega’s 1987 arcade shoot ‘em up. Having not played any version of Thunder Blade beforehand, I lack a reference point for the game although I feel confident in asserting this was an underwhelming port. Its portrayal of two separate styles of gameplay was competent but bland. After encountering early difficulties, I decided against devoting too much time towards the game’s completion.

END_OF_DOCUMENT_TOKEN_TO_BE_REPLACED 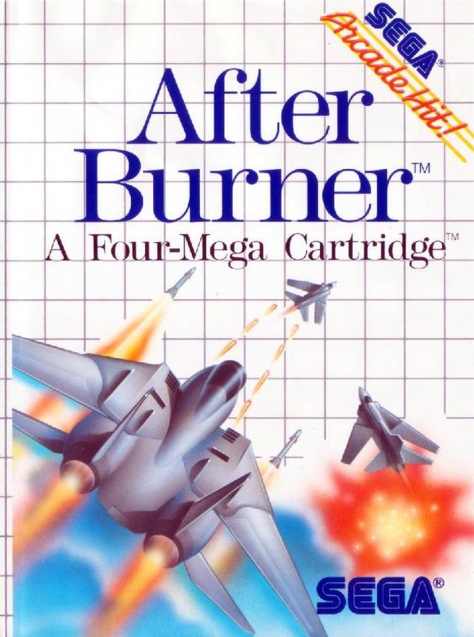 My recent playthrough of After Burner on the Sega 32X was at times frustrating, but ultimately satisfying enough to soldier through and beat it. Intending to record let’s plays for my heretofore untouched Sega Master System, I thought what better game to start with than its port of Sega’s arcade classic! Having spent about an hour with it across a few sessions I realize now there may have been better alternatives. Unlike the Sega 32X version which was fast-paced and responsive, this port was riddled with choppy performance that ultimately created unintended challenge, stripping most of the fun that could’ve been had. END_OF_DOCUMENT_TOKEN_TO_BE_REPLACED

Having recently completed After Burner for the Sega 32X (truly a port of After Burner II), I thought what better game to start playing my basically untouched Sega Master System than its port of the classic Sega arcade game! Well, there may have been better options. I lasted all of two videos before throwing in the towel. Heck, most of the second video I do little more than cheese it. It’s not a great version and my impending review will elaborate further on my thoughts regarding it.

My interest in the Sega 32X has evolved from something of an ironic curiosity to that of a genuine fan. Completely disregarding the business sense the unpopular Genesis add-on made, it’s hard to argue that it didn’t host some solid games. Its limited library of about forty is one of the prime drivers of my interest: the smaller library should make it easier for me collect and play each title. So when I came across After Burner for a fair price at Game Cycle of Pittsburg, Kansas, I had to jump on it. END_OF_DOCUMENT_TOKEN_TO_BE_REPLACED

It’s been a while since I’ve recorded a let’s play but I picked up After Burner for the Sega 32X over Memorial Day weekend and that gave me a good reason to do another. This is truly a port of After Burner II, despite the name (Japanese box art included in this post). I enjoyed it, although I did find it quite tough. Admittedly, reaching the end took longer than it should’ve and my output isn’t as entertaining as it might otherwise be, unless you like seeing failure over and over again. Nonetheless, my playlist is featured below with a write-up to follow soon.