After cleaning up the trophies in Tokyo Jungle and Blue Toad Murder Files, I went back through my partially played PlayStation 3 history to see if there were any other trophy lists I could mop up somewhat quickly. I was on a roll and figured I would keep trophy hunting before devoting serious time to something else, like Suikoden III. After all, whether my friends realize it or not, we’re in a never-ending competition to obtain trophies, achievements, etc. I eventually decided upon Sonic’s Ultimate Genesis Collection. The prospects of unlocking the platinum trophy didn’t seem too daunting, and to boot, it’d give me an excuse to purchase one of the Retro-Bit 2.5 GHz Genesis controllers I’d been salivating over.

END_OF_DOCUMENT_TOKEN_TO_BE_REPLACED 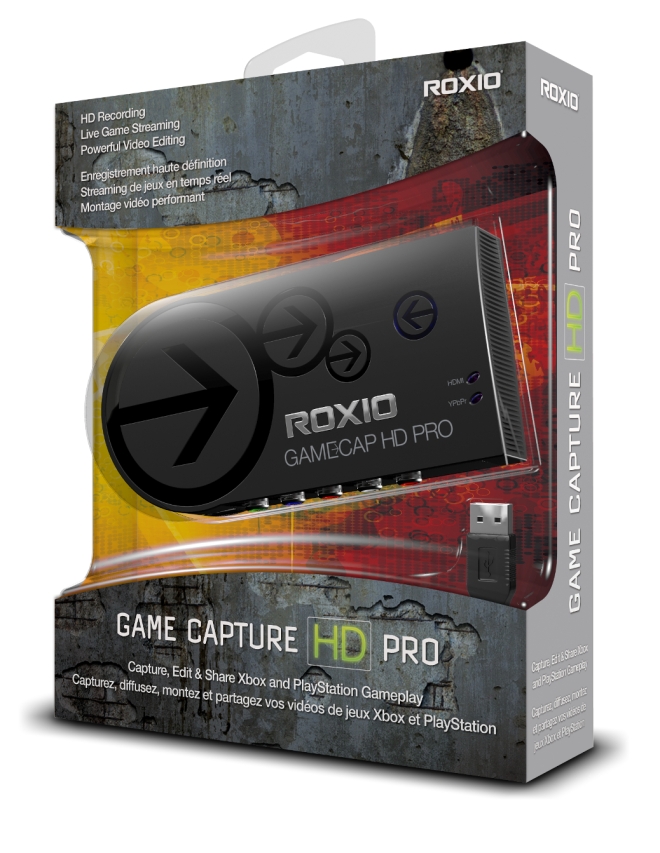 Inspired to begin recording videos of older video games, I purchased the Roxio Game Capture HD Pro in August 2014. I was previously using a Dazzle DVD Recorder but it could only capture from an A/V input. With component and HDMI inputs, the Game Capture HD Pro allows me to capture just about any game console. After about a year using it, capturing footage from the NES to the Xbox 360, I’m ready to move on. Capturing footage is easy to do but every now and then a session will result in garbled, almost unusable footage. Editing software is also bundled with the device but after using it a few times, it’s easy to realize why.

At about a hundred dollars, this device is one of the more affordable HD capture devices. It’s easy to setup and install too. It’s a physical device that has component and HDMI inputs and outputs, as well as a USB port to plug into the computer. The device you’re capturing from feeds through the Game Capture HD Pro and outputs on a TV while the computer is recording the footage. The capture software doesn’t have the ability to record commentary while you’re playing opting instead to allow that feature in the bundled VideoWave editing software. I avoided this by recording my commentary simultaneously with Audacity and then layering the separate audio track over the footage while editing.

Capturing footage is fine nine times out of ten but every now and then a recorded session will result in garbled footage that’s nearly unusable. I’ve recorded a few dozen hours of gameplay over the past year and when this happened, it made me want to snap the device in two. Losing a video can put me in a bind; I’ve just been recording let’s plays and it can be difficult for me to regress in a game in order to have a video showing my efforts. Alternatively, I can just forget it and mention the reason for the skipped progress in a successive video. I’ve had this occur enough times that I’m ready to be done with Roxio.

That’s not the only reason why though. As I mentioned the Game Capture HD Pro comes bundled with Roxio’s VideoWave editing software and it’s just as spotty. Just like setup in general, the editing software is easy to use and learn, and this is coming from someone with little experience with any other video editing software. In the editing space are additional windows for inserting video or audio from the computer’s folders quickly. But, if there’s any video or audio files in the selected folders, VideoWave crashes nine times out of ten, no joke (besides all the general crashes that occurred). After finding little help on the official forums, I found guidance from another user’s YouTube explanation (here), and it worked! Think about that. A feature that’s activated by default and part of the software causes it to crash; wonderful! I’ve been able to get by since stumbling upon that video, but I still have to deal with frequent crashing.

At this point, I’m done with it just getting me by. I want a capture device and video editing software that’s more than passable. I want something that’s reliable. Roxio’s Game Capture HD Pro has gotten me through my first year of recording video games and I’ve learned a lot, especially on the post-production side. I’ve got more to learn and I’ve not lost my inspiration because of this either. I can’t say I won’t ever try another Roxio product (I certainly wouldn’t recommend this under most circumstances) but I am looking forward to getting my feet wet with another company’s capture device.

Acclaim’s Double Player System is a unique set of controllers for the Nintendo Entertainment System. I wouldn’t consider myself the most versed in the accessories released for the NES, but I know the Double Player System is one of the few options for wireless controllers for NES gamers. Include the turbo and slow motion functionalities and the set seems like a no-brainer, but I did run into some issues.

The Double Player System utilizes infrared technology, the same concept implemented in television remotes. To work, the controllers must point at a receiver plugged into the NES. I initially tested them out by turning on Star Soldier, holding a button, and moving the controller around to see when they lost contact. My radius was very limited and playing with them required a steady hand at all times. While in the thick of Star Soldier however, I noticed that I didn’t move around that much. I remained focused and only lost the signal on a few occasions.

I was not impressed with the slow motion as I couldn’t get it to work. I tried it with both controllers but to no avail. Whenever I’d press the button enabling slow motion, the game would rapidly pause and unpause. I tried it with multiple games as well. Perhaps it was my controllers malfunctioning, I mean these are twenty year old controllers (released in 1988) and who knows how well they were taken care of.

While Star Soldier was my primary test subject for the controllers, I did play Guerrilla War with a friend to test both controllers at once. We didn’t encounter any interference between the two controllers, but my friend and I had a bit of trouble figuring out who was player one and player two, even after making the selection on our controllers.