When I’ve sat down to write these year-end lists in the past, I’ve usually done so with a sense of urgency that belies my intentions for them. Inspired by the industry-wide personal best of lists Giant Bomb publishes to celebrate the year that was, I envisioned mine having the same panache. In reality, my procrastination leaves me with little time to revisit my previous sentiments, and the best I can muster is maybe a cursory thought and a link to any applicable reviews (SEO!). The last couple of years, I’ve kept a thorough log of what I played, simultaneously maintaining a top ten list all the while. As such, compiling my favorite games come December isn’t hard; I just don’t leave myself enough time. But this year I’ve got a secret weapon – I’m starting early.

As always, it’s worth clarifying that these are my favorite games that I played this year, regardless of their release. If it wasn’t apparent from my intermittent posting, I don’t have a career in games media and like anyone reading this, I have limited resources available to me, chief amongst them time. As such, the games I do sit down to play are already pretty curated. Now, that doesn’t mean the games themselves are universally regarded, or that I even come to like them, but I’m usually pulling from a list of only about fifty titles. And I try not to include repeat entries, because otherwise Pokémon Sword and Pokémon Go would ALWAYS be present. With those caveats out of the way, let’s get to it!

END_OF_DOCUMENT_TOKEN_TO_BE_REPLACED 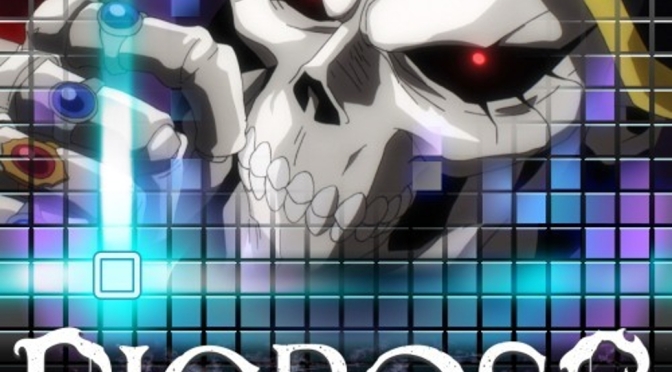 I won’t lie. After more than forty hours with Picross: Lord of the Nazarick, I still have no idea what’s up with Overlord, the game’s underlying source material. In fairness, I’ve been slowly whittling away the more than 500 picture crossword puzzles for over a year, so of course the brief text conversations that occurred at the beginning of a particular character’s section didn’t stick with me. And hey, who cares anyway? My original intent wasn’t to familiarize myself with Overlord, it was to find a new well of Picross puzzles to solve at bedtime and on that account, it was a… well, a mundane success.

END_OF_DOCUMENT_TOKEN_TO_BE_REPLACED 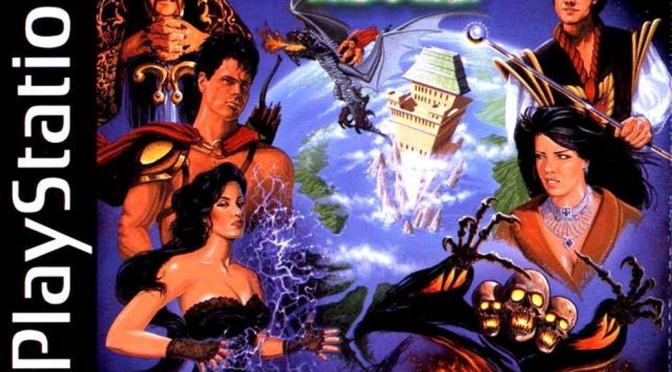 If you could glean anything from my Kickstarter pledge history, it’s that I’m fond of video games. A closer inspection would reveal a narrower common thread: I’m especially fond of Japanese video games! Following a string of high profile campaigns in 2012, the crowdfunding site saw its legitimacy grow in the industry. In the years since, a number of well known Japanese designers have turned to it to revitalize the types of games they once made, such as Keiji Inafune with Mighty No. 9, or Koji Igarashi with Bloodstained: Ritual of the Night. The latter is still on my backlog, and from all accounts is a worthy successor the Castlevania series while Mighty No. 9… well, the less said about it, the better. In a similar vein, Yu Suzuki was able to bring Shenmue III to fruition, which I loved! And that’s probably the most important aspect of these campaigns in particular: they’re reviving something beloved, that’s been absent for one reason or another. Well, as of August 29, 2020, there’s one more project can be added to that list: Eiyuden Chronicle: Hundred Heroes.

END_OF_DOCUMENT_TOKEN_TO_BE_REPLACED 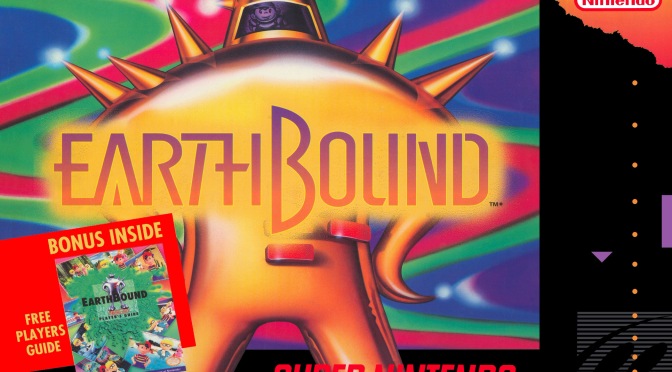 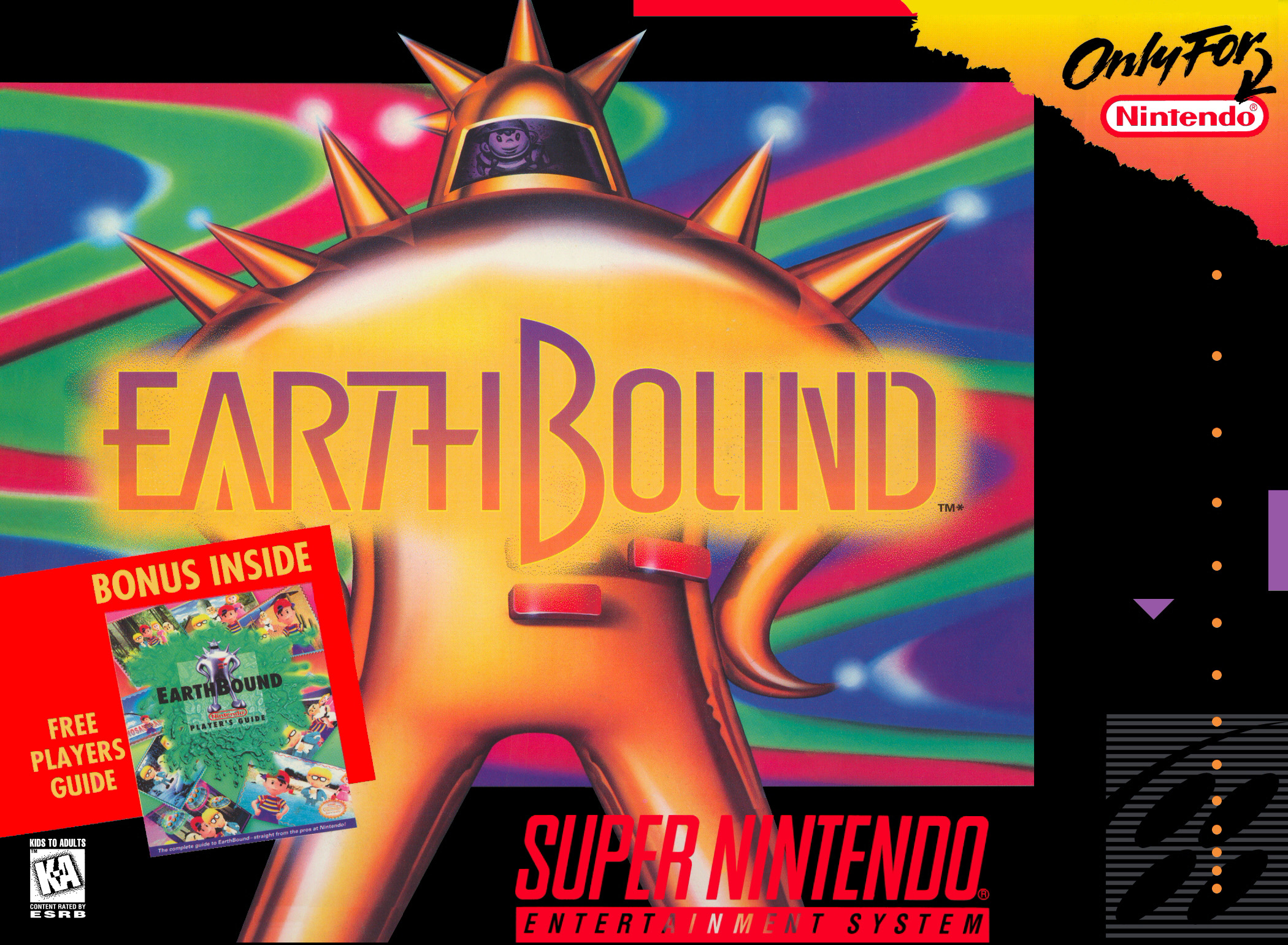 Probably the quintessential example of a cult classic in the video game industry, at least here in the United States, the Super Nintendo RPG EarthBound had an underwhelming debut when Nintendo released it June 5, 1995. The SNES was reaching the end of its commercial lifecycle, and RPGs on the system had matured to include ever more complex gameplay systems and grandiose visuals. Heck, the Sega Saturn had released a month prior, Sony’s PlayStation was on the horizon, and Nintendo was already discussing the next generation Ultra 64 publicly, so it seemed 2D graphics were on their way out. Yet here comes this simplistic looking game based in a reality not unlike our own instead of an imaginative fantasy or sci-fi backdrop. Similarly, the plain combat system could’ve been considered a throwback, even then. But, there was an audience for the game, and in the years since its debut, that audience has grown into a thriving fandom. Now that I’ve experienced firsthand the charming, unique adventure that EarthBound offers, a fandom so vibrant is well deserved, I’d say. END_OF_DOCUMENT_TOKEN_TO_BE_REPLACED 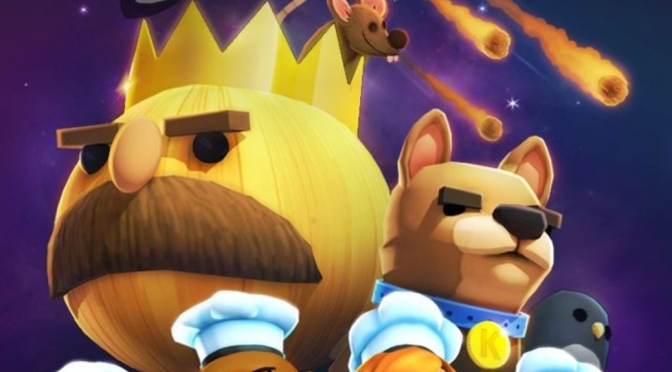 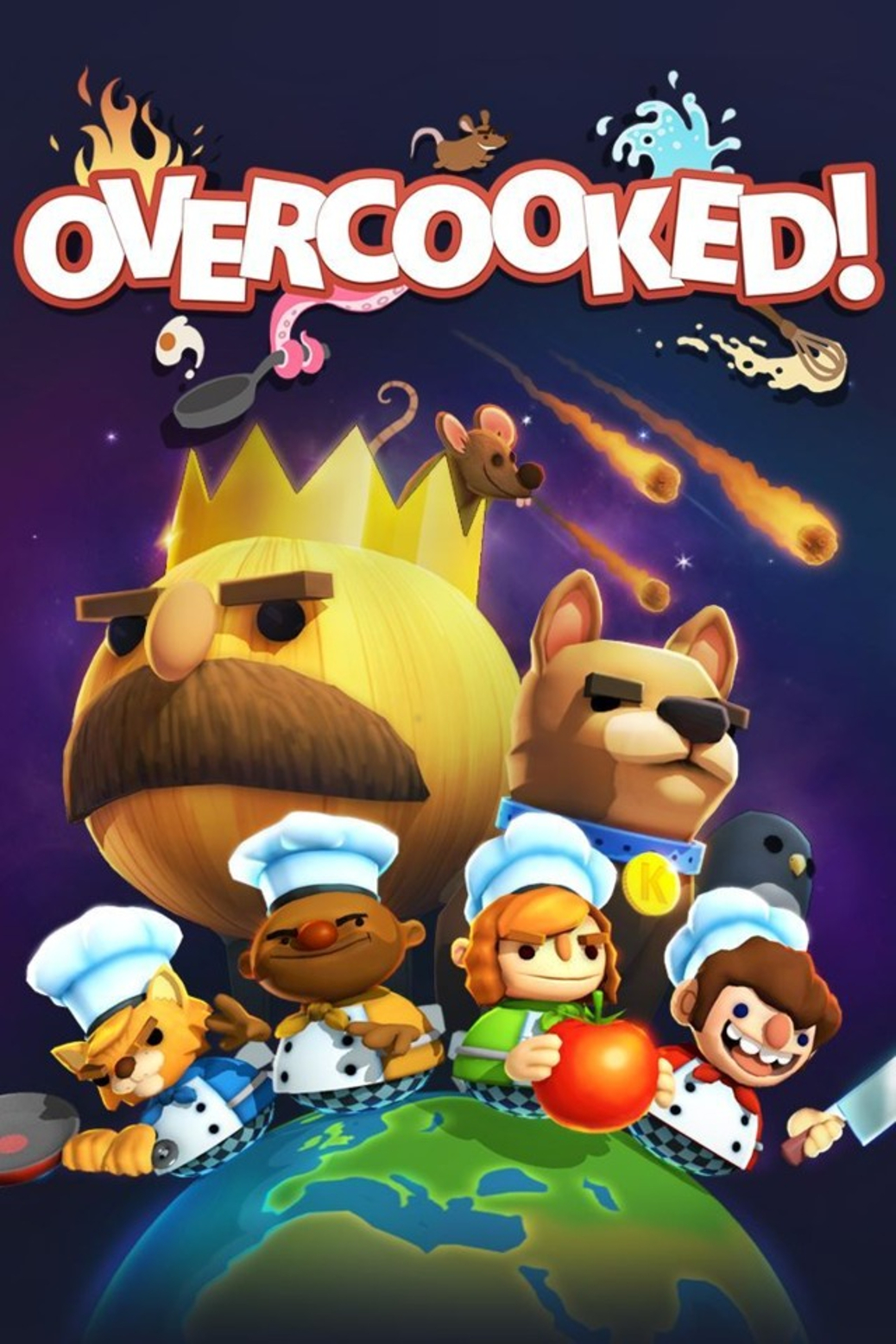 I’m competitive, always have been. I spent my youth playing organized soccer, and the desire to win was real. This translated to other activities, such as Monopoly, or anything else that had an element of competition to it. I wanted to win! In terms of my schooling back then, my parents instilled the importance of studying, that the effort I put in would result in good grades, which in my mind was a competition of sorts. Not necessarily against others in this case, but against myself. Competition was a means of self-improvement. It was the mechanism that gave me the drive, the motivation to succeed. Heck, even Pokémon encouraged competition, whether through the core trainer battles in the video games or via the infectious theme song of the anime.

And speaking of Pokémon, I can make a case that that franchise influenced my completionist tendencies. As I’ve mentioned before, when I experience something, I want to experience the whole of it. Similarly, when I play a video game on a modern PlayStation or Xbox, trophies and achievements materially impact my experience. If I’m digging the game, I’ll do my best to unlock as many as possible. When crafted well, they can complement the gameplay experience by rewarding experimentation or offering up unique challenges. Even when they’re not crafted well, I still feel compelled to obtain them, or at least do a cost-benefit analysis to determine which are worth my time. They’re a fun element of modern gaming; a nifty way to compare progress with and compete against friends, and an element that I care way too much about.

END_OF_DOCUMENT_TOKEN_TO_BE_REPLACED

It’s January 2020 and I think I’m hooked on a Pokémon game more than I ever have been, which is kind of wild considering I was obsessed with the series when it was all the rage in the late nineties, and from 2013-2017 I played nearly every iteration in the series as part of a “grand ambition” to, literally, catch ‘em all. Pokémon Sword and Shield, the newest entries and the ones I find myself wanting to play every night, are just fantastic. Their foundational mechanics aren’t all that different from previous games in the series (a blessing and a curse) but Game Freak has introduced engaging new features and implemented smart quality of life improvements. The games aren’t perfect; performance and network issues bog down some of the cooler features for instance, but on the whole they’re masterfully refined and endlessly addictive. END_OF_DOCUMENT_TOKEN_TO_BE_REPLACED

Anticipation and apathy; for me, that was the prerelease cycle for the newest entries in the Pokémon series. As a lifelong fan, I couldn’t help getting excited with the reveal of Pokémon: Let’s Go, Pikachu! and Let’s Go, Eevee!, especially since they would hold such a unique place in the franchise. The developers, Game Freak, intended to bridge the gap between the long-running “core” series and Pokémon Go, the still popular mobile game that was a worldwide craze when it launched in July 2016. As information was disseminated however, my anticipation turned to apathy, doubtful about adjustments being made to accommodate features of the mobile game. Then, on the day of its release it hit me: there would be a new Pokémon game waiting for me when I got home! I was excited again, and that excitement remained all the way through my nostalgic journey of Kanto. END_OF_DOCUMENT_TOKEN_TO_BE_REPLACED 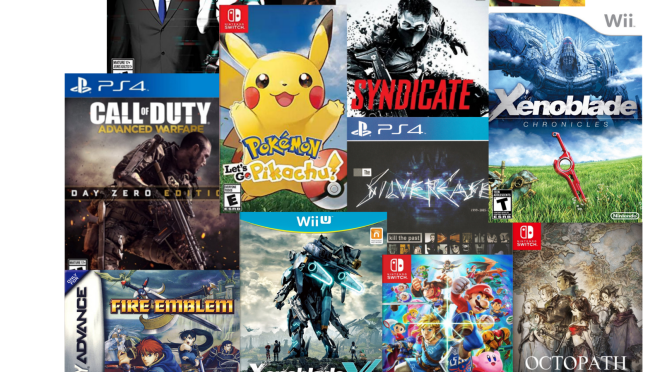 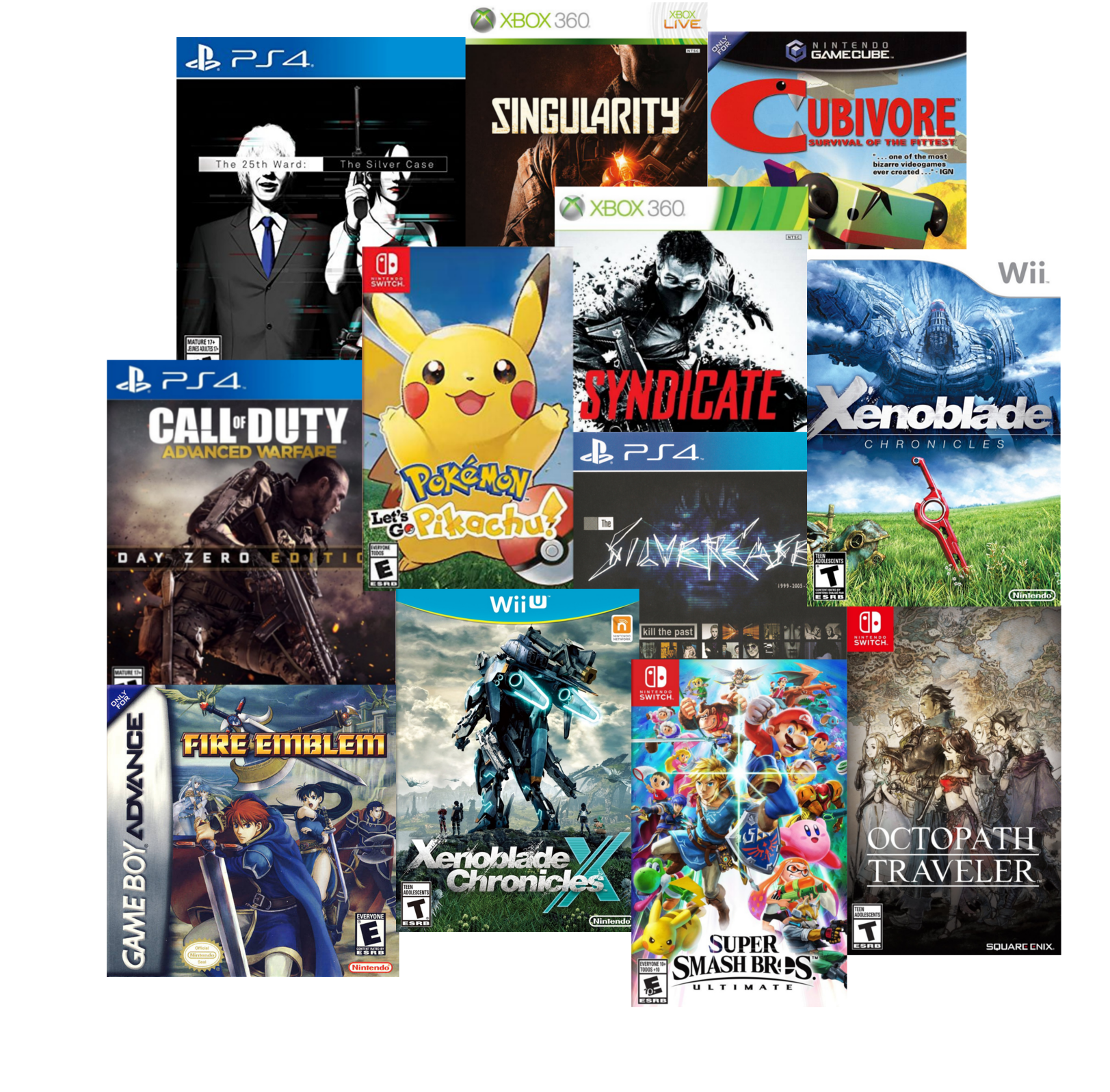 At the beginning of 2018, I made a conscious effort to work through my backlog and play those games I’d always wanted to, but never did for this reason or that. Happily, I actually worked through a not insignificant portion before the summer. Then, the home buying process, and Octopath Traveler, took up any free time I had. When the dust settled, I was bombarded by new releases that occupied my time for the last half of the year.

END_OF_DOCUMENT_TOKEN_TO_BE_REPLACED

It’s been a little more than a year since my last post, wherein I ostensibly reached the end of my “Grand Ambition.” Shortly after, I completed the National PokeDex in OmegaRuby, registering all 721 known Pokemon at that point. Upon hitting that milestone, my interest cooled. I continued popping into Sun to claim each new distribution, but nothing more.

Well, a few weeks ago I started playing OmegaRuby again, finally setting out to obtain some shiny Pokemon. My first target was Charmander.

As a reward for completing the National Dex in OmegaRuby, I received the Shiny Charm, an item which increased the likelihood of encountering shiny Pokemon. The standard rate in this particular generation is 1/4096. That is, each encounter, in the wild or by hatching an egg, has a 1/4096 chance of a shiny Pokemon appearing. Pretty dire odds… The Shiny Charm increases this rate to 3/4096, or roughly 1/1365. There are ways to further increase the odds though, such as breeding Pokemon from different regions – the Masuda Method. In doing so, and if in possession of the Shiny Charm, the odds the breeding Pokemon produce shiny offspring is increased to 8/4096, or 1/512. Regardless, they’re still very rare.

Unfortunately, I didn’t keep track of my progress, but I got my shiny Charmander after 150-200 eggs! I’d say that was maybe ten hours of playtime, spread out over a dozen or so sessions.

Wanting to “properly” train him, even though I don’t intend on playing competitively, I went down the rabbit hole of individual values and effort values… which is an overwhelming topic for another day. 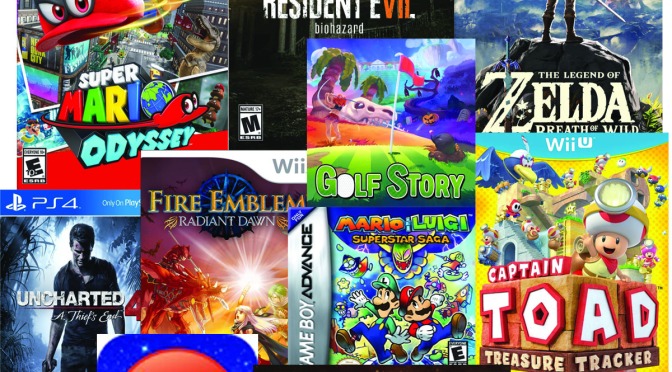 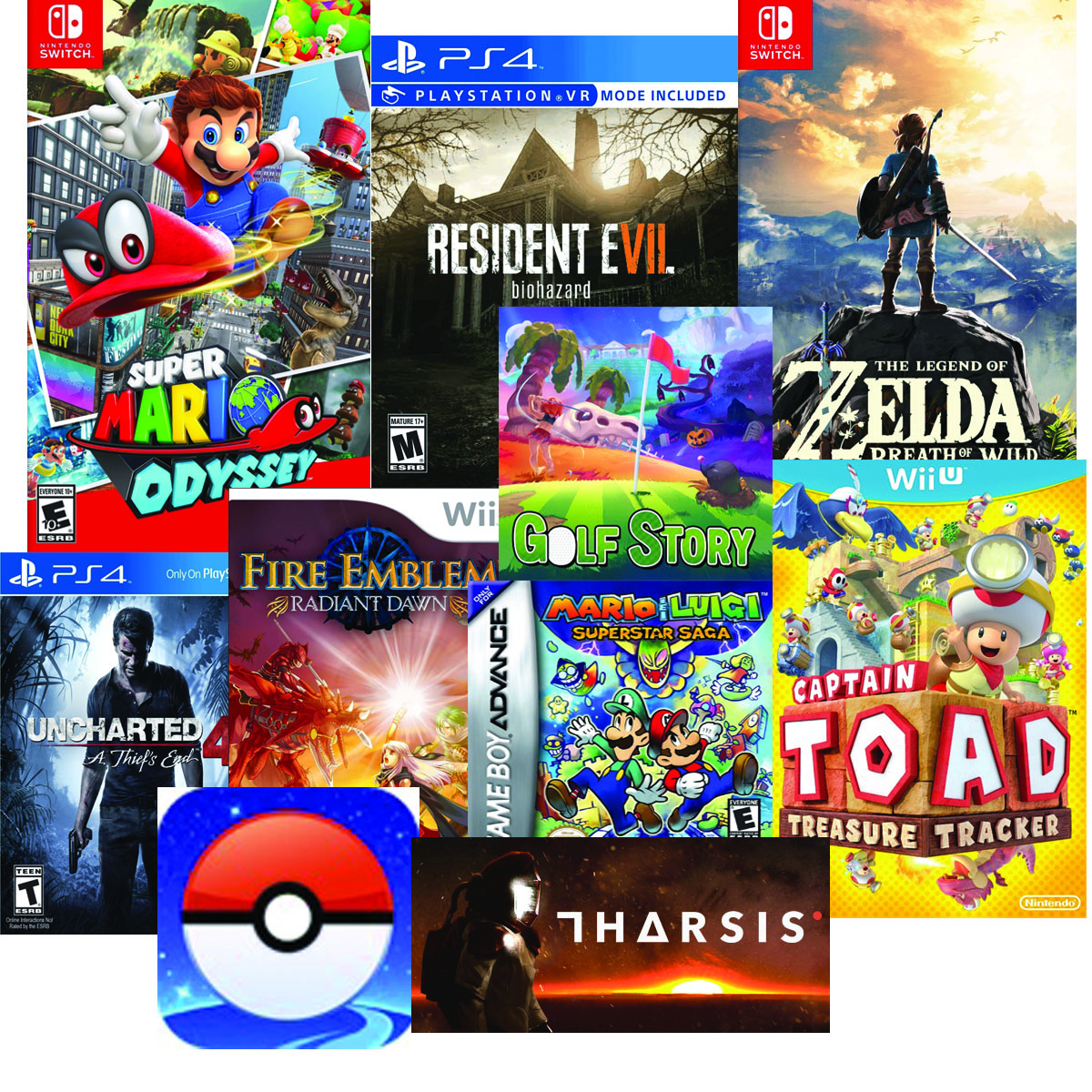 2017 will go down as one of best years for game releases, I’m sure of it. Unfortunately for me, there’s still many games from this year that I have yet to play. I did get the opportunity to play some great games though, and coupled with the games of yesteryear, I’m quite content with this year’s list. Per usual, this list is in alphabetical order.