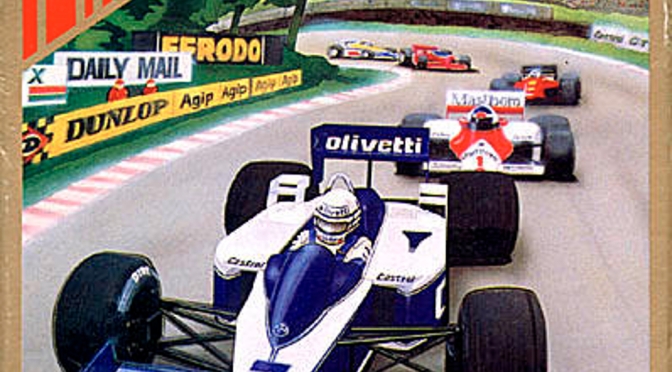 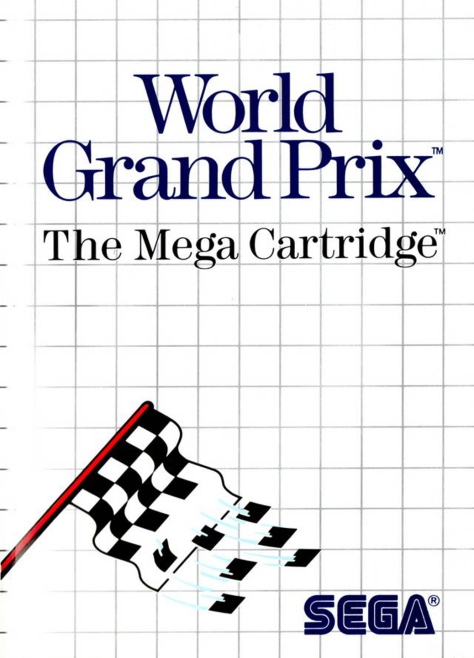 World Grand Prix was one of the earliest racing games on the Sega Master System. It was released in 1986, the year of the console’s debut in the United States, and was developed and published by Sega. I thought it was a simplistic, albeit fun, representation of Formula One, but unnecessary to seek out.

The game was characteristic of what the genre and home consoles could offer at the time: simple 2D courses with straightaways, corners, numerous opponents to pass, and basic background art for window-dressing. It lacked any ties to Formula One, although all twelve of the game’s courses seemed to be modeled after their real world counterparts. Additionally, there was a course creator tool which while neat, was limited and impractical considering the inability to save.

Success was not based on my finishing position, in fact, this wasn’t even kept track of. Instead, I was graded on how quickly I was able to complete one lap around each course. If I couldn’t meet the goal time, the result was game over. If I was successful, points were awarded in increasing increments based on my time. After enough points had been accrued, I could purchase upgrades for my vehicle between races. In the hour or so I spent with the game, I only “won” a handful of races. The difficulty wasn’t frustrating though, and I noticed marked improvement of my skills across sessions.

I thought World Grand Prix was an enjoyable racing game. It was a bit simple, but still challenging. However, the lack of depth or any sense of progression means I likely won’t return to it anytime soon. It may have been fun, but it’s not worth seeking out.