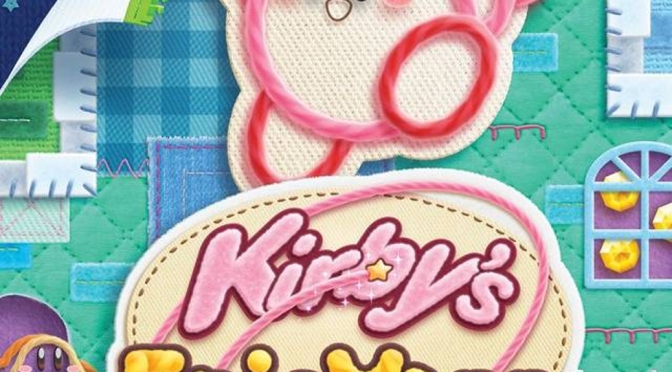 As a character, Kirby is well-known for his youthful innocence and delight in simple pleasures, like eating. Simple is also an apt descriptor for the majority of games he’s starred in, generally platformers; simple, but often inventive, in one way or another. In the case of Kirby’s Epic Yarn, the game is a pretty basic side-scrolling platformer with a remarkable visual identity. The yarn and felt visuals were more than just window dressing though, as they influenced the gameplay in creative and subversive ways.

Following an altercation with a mischievous sorcerer known as Yin Yarn, Kirby was transported to Patch Land, a realm quite different from his native Dream Land. For starters, everything was made yarn and fabric, including Kirby! As a result, Kirby’s trademark ability to suck in enemies and absorb their traits was absent. He could, however, use the yarn that made up his being as a whip to unravel enemies, or roll them up into a ball to be used as a projectile. His yarn form still allowed for many transformations, however. Some were tied to basic mechanics, like running; when I double-tapped in one direction to run, Kirby turned into a car. Others occurred at specific points and were grand events, often the highlight of a level. Examples included turning into a UFO to hover about, sucking up beads and zapping enemies, or turning into a dolphin to zip through underwater sections, among others. These latter transformations, referred to as Metamortex Transformations, were especially raucous with another player.

The game’s campaign, roughly eight hours in length, was playable in full with a buddy. In Kirby’s case, it was Prince Fluff, who could pass as a brother separated at birth. They played identically, so neither player had to worry about missing out on unique traits; except when it came to the Metamortex Transformations. When playing with a pal, these transformations generally split responsibilities between players. Undoubtedly the most fun to be had was with the Tankbot, a massive robotic tank where one player drove and fired missiles while the other operated boxing gloves. These transformations were one of the few times the gyroscopic features of the Wii Remote were utilized. With the Tankbot, the second player could shake the Wii Remote to have its arms circle around in a thrashing manner, chaotically destroying anything in the vicinity and offering, perhaps unintended, invincibility.

Aside from these transformation sequences, the game featured relatively straight-forward platforming design. As Kirby and Prince Fluff, we jumped around, defeated enemies, and generally advanced onward in linear fashion until a stage ended. In fact, the game was rather easy in one important way: the inability to die. If things went awry, and one of us fell to our doom, a flying creature named Angie rescued us. We could also summon her at will, which allowed us to employ some… resourceful strategies as the levels got tougher. Basically, we realized if things were getting hairy, one person should summon Angie while the other took point on surviving the obstacles at hand. And truthfully, the latter third of the game upped the ante.

Maybe it’s because these stages are the freshest in my mind, but they stick out more than others for offering up actual challenges, and for their creativity. My favorites revolved around inventive gimmicks, like one stage that featured alternating wind gusts, or another which played with gravity. I guess I was partial to stages that affected movement, huh? Truly though, it was because these gimmicks offered up puzzles; we had to think about how to collect beads, or access out-of-reach ledges. For much the same reason, boss fights were a highlight. Traditional three-round boss fights capped off each of the game’s seven areas, and success required the use of our thinking caps. The larger-than-life foes had exploitable weaknesses and discernible tells; it was just a matter of figuring them out. And since we couldn’t die, all we had was time!

Now just because we couldn’t die, didn’t mean there weren’t perils to performing poorly. There were two types of collectibles strewn about the stages. The most prevalent were beads, which acted as a form of currency to unlock furniture and wallpaper for decorating Kirby’s pad in the hub area. Additionally, at the end of each stage we were graded on how many beads we had collected, and we didn’t always fare well. I lost count at how many times we lost nearly all of our beads, just prior to reaching the end of a stage. That so many stages, which had otherwise been relatively lackadaisical affairs, ended in frenzied messes, was comical to us. Approaching the end of a stage, we’d joke on how we’d lose our beads; would it be a pit this time, or unpredictable enemy projectiles?

The other type of collectibles to be found fell into the category of furniture, and music. Each stage had two pieces of furniture and a CD, to listen to a stage’s background music independently, if desired. On that note, the soundtrack was a chill affair, with acoustic tunes like “Quilty Court” which could’ve doubled as Wii Shop music. Apart from a few new compositions, and arrangements of classic tracks like “Green Greens” and “Butter Building” though, the music didn’t really stick with me. The soundtrack predominantly consisted of soft, fanciful, piano-driven arrangements, which just aren’t my cup of tea. According to Tomoya Tomita, the primary composer, he envisioned writing music to accompany a mother reading a picture book to her child, and in that regard he was very successful.

Regarding all this furniture that could be collected, it was put to use decorating an apartment building in the game’s hub area. A chap named Dom Woole wanted to attract new tenets, and asked Kirby and Prince Fluff to spruce the place up with the furniture they came across. For Kirby’s apartment, we had free reign on what to place and where, but these apartments had furniture preselected; it was just a matter of finding them in stages. When in hand, we placed the furniture by pointing the Wii Remote at the screen, which was the sole use of the Wii Remote’s pointer function. Newcomers to the building offered a variety of simple minigames, most revolving around timed bead collecting. This facet of the game wasn’t heavily emphasized, and didn’t really appeal to us; nor did collecting everything. Whereas the game wasn’t tough, attempting to 100% it would be quite the challenge; and lacking worthwhile rewards, one needed to be content in the act itself, and we were a-ok when credits rolled.

It was a little weird to play a Kirby platformer where he lacked the ability to absorb the traits of his enemies, but my enjoyment didn’t suffer due to this absence. Inventive sequences, fun co-operative play, and brilliant art design enhanced what was an otherwise simple platformer. What Kirby’s Epic Yarn lacked in difficulty, it made up with charm, pure joy; it’s probably the cutest game ever made. Which is not to say it’s a game devoid of challenge; there’s plenty to be found, if one were to obsess over collecting, for instance. But that’s not what this game is about. For me, it’s about having a good time with a friend, and there’s little else more worthwhile than that.