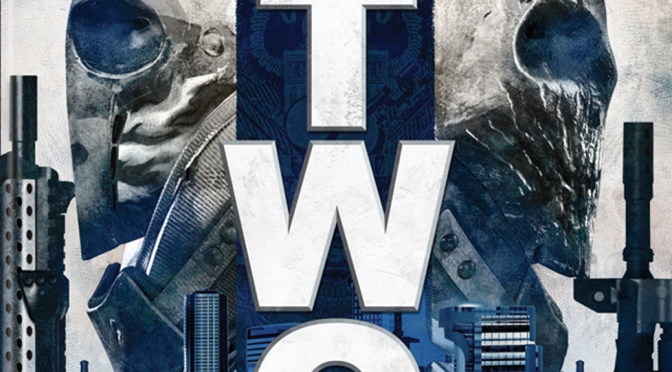 As I’ve explained before, I’m a sucker for achievements and trophies, at least on the home consoles, where most of my game time is spent. It was disappointing then, to learn that Army of Two had achievements tied a piece of DLC that was no longer available. Now, I wasn’t going to be able to obtain all of the achievements for Army of Two anyway, since many were tied to the game’s long defunct online multiplayer mode, but it was still disheartening to learn I’d miss out on some associated with the game’s single player/cooperative campaign.

The achievements in question were added with the May 29, 2008 release of the Veteran Map Pack. This piece of DLC added a pair of campaign maps, in addition to a multiplayer map. Better yet, it was made available for free, with thanks given to the 2009 Pontiac Vibe. (As an aside, the Pontiac brand was discontinued by General Motors a little more than two years later, in 2010.) Unfortunately the Veteran Map Pack, along with the SSC Challenge Map Pack which added a new competitive multiplayer mode, had been delisted from digital storefronts, likely when Electronic Arts took the multiplayer servers down on August 11, 2011.

Sure enough, searching related content directly from my Xbox 360 yielded only trailers, avatars, etc. And searching the Xbox 360 Marketplace via my computer returned the same results. Undeterred, I checked my purchase history, thinking I may have “purchased” the free DLC back in the day. If I knew there was free DLC getting delisted and that there were single player achievements associated with it, I probably would’ve claimed it, even if I didn’t have the game. No luck, however. Once again, I returned to my computer and simply began searching Veteran Map Pack online, wondering if there was any other route. Strangely, there was a listing for the Veteran Map Pack directly on Microsoft’s website. What’s more, I could claim it and “Install on My Devices.” I did just that, turned on my Xbox 360, and what do you know, it was downloading!

Considering the Veteran Map Pack is free, there’s no reason not to download it if you intend on playing Army of Two. The first mission follows the duo as they work to covertly eliminate a well organized militia in Kiev, Ukraine, circa the Orange Revolution. While protests are happening in the streets, the duo navigates the expansive subway tunnels underground, engaging in numerous firefights against the undemocratic militia. The second mission features an alternate take on the base game’s final mission. Instead of storming their former PMC’s headquarters in a balls-to-the-wall onslaught amidst a hurricane, they once again act, somewhat, covertly. This time around, they’re infiltrating a high-security vault operated by their former PMC. The mission climaxes with a straight up boss fight against their former commander in the massive circular vault where confidential and compromising information is held.

The production values of these missions were on par with those in the base game, complete with introductory cutscenes and plenty of voice acting. Each lasted about a half-hour to an hour, depending on the difficulty, so they were among the shortest in the game. It seemed like they offered the toughest challenges yet though, especially on harder difficulties, or when trying to obtain specific achievements. In particular, the achievements for killing Dalton in less than 40 seconds, and killing him by headshot with a specific weapon were mighty tough, at least solo.

After Jeff and I completed these additional missions, our co-op playthrough was done and I was left to unlock a variety of achievements in my cleanup sessions. In doing so, I realized the partner AI was pretty sharp! You could totally play Army of Two solo and not feel shortchanged. Of course, playing with a friend makes any game better, and in some cases, easier. Trying to get those two achievements with the partner AI meant I was obtaining them without help. I had to unload heavy-duty explosives on Dalton, quickly, and accurately. Trying to do so took I don’t know, two-dozen attempts? Happily, getting the headshot kill was much easier, but still no walk in the park. Reloading the final scene and killing Dalton over and over also made some of the base game’s achievements easier to unlock as well, specifically those relating to earning and spending money.

As I said earlier, if you’re going to play Army of Two, there’s really no reason not to download the Veteran Map Pack. Whether you’re interested in unlocking additional achievements, making a few of the base game’s easier to obtain, or just wanting to extend the life of the game, the DLC does so at no charge. What’s not to love?