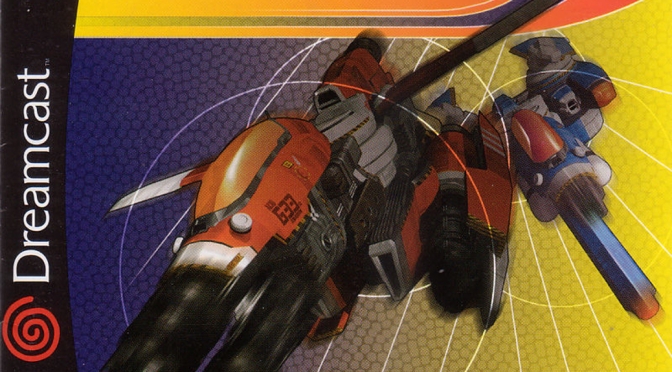 After beating Suikoden, the thought of jumping right into Suikoden II left me salivating. That game’s status as the best in the series, and one of the best JRPGs of all time is pretty much universally agreed upon . But, I slowed my roll. Typically, I sandwich a few shorter games in between playthroughs of role-playing games, considering they generally take thirty hours to complete, at a minimum. After all, I’m a grown-ass adult, with grown-ass adult responsibilities, so I don’t have the time to just sit around playing video games all day. Rest assured though, they do occupy way too much of my thoughts.

Anyways, collecting myself, I laid out the three games I’d be playing. The futuristic, yet mechanically ancient first-person shooter Codename: Tenka wasn’t a total bust, but after a couple of hours, I couldn’t justify playing it anymore. In contrast, the one-of-a-kind insect simulation Mister Mosquito only took a few hours, and was right up my alley. Finally, there was Mars Matrix. Spurred on by intriguing compliments delivered by Brandon Sheffield on Twitter (that I can’t seem to find now…), and the realization of how much the Dreamcast version sells for in the secondary market, I figured I ought to give it a shot, or a second one, since it turns out I played it back in 2011, an experience I’d all but forgotten about.

Mars Matrix: Hyper Solid Shooting is a sci-fi shoot ‘em up of the bullet hell variety, which is to say the game appears mind bogglingly tough. And… it is, to an extent. In the game’s final stages, enemies vomited bullets. Even though my adversaries were futuristic spaceships (including the requisite giant enemy crab), there’s no better way to describe it, they just vomited bullets. I’d always been put off by this style of shoot ‘em since they seemed so hellishly tough, and that’s pretty much what I thought when I first tried this game. This time around though, I came to it with patience, and in turn the determination required to see it through to completion. When I finally rolled credits, after hours of minimal progress, man what a high!

Takumi Corporation, the developers of Mars Matrix, were founded in 1994 following the bankruptcy of Toaplan. Through the 1980s and up until their bankruptcy, Toaplan developed a reputation as a premier developer of arcade shoot ‘em ups, a reputation which continued through the companies that spun up from their ashes, like Takumi, Cave, and Raizing. Takumi, who were located in Tokyo’s Shinjuku ward have since dissolved, but bullet hell shoot ‘em ups like Mars Matrix were clearly their bread and butter. They’re best known for a prolific period between 1999 and 2000, when in partnership with Capcom, they released Giga Wing, Mars Matrix, and Giga Wing 2 in arcades. All three received Dreamcast ports, and this version was released in North America on April 30, 2001, just one month after Sega’s console was officially discontinued.

Unique to the Dreamcast version was an in-game shop, where a player’s accumulated score could be spent on a variety of perks and bonuses. Some of these unlocks were modifiers to standard options, such as additional lives or credits, while others were more routine goodies, like an art gallery or new score challenge stages. Helpfully, there were also strategy videos that could be purchased for each stage. I only ever purchased the first one, but it improved my performance tenfold. Beforehand, I only had a faint grasp of the game’s mechanics and their interplay. In watching it, ostensibly the ideal route through the first stage, I learned how best to use my ship’s two firing modes, its Gravity Hole Bomb special ability, and the importance of collecting Experience Cubes in a timely manner.

With little narrative background, obtained mostly from the attract mode – battles in space, two factions warring for some reason – I was thrust into the game. Given the choice between the Mosquito 01 (weaker, slower, spread shot) and the Mosquito 02 (stronger, faster, laser shot), I initially gravitated towards the former, due to its spread shot. And hey, their names… what a coincidence having just played Mister Mosquito. Anyways, hammering the attack button unleashed an endless barrage of bullets which cleared weaker enemies instantly. For most enemies though, it took a couple seconds worth of bullets to bring them down. I didn’t have to contend with an insane amount of enemy fire on the first stage, although the boss had some nasty attack patterns. That said, it still took the entirety of my lives and credits to squeak by.

Each time I exhausted my lives and credits, I’d return to the shop to see if I’d accumulated enough funds to buy anything worthwhile. I’d generally make a little more progress with each run since I was growing increasingly familiar with enemy spawns and their bullet patterns, but upping my stock of ships and credits also accounted for much of my forward momentum. Of the game’s six stages, I was consistently making it partway through the second stage by the end of my first hour with the game. It was around this time that I purchased the strategy video for the first stage. This video illuminated for me the power of the Piercing Cannon, my ship’s alternate fire. When I initially pressed the attack button, my ship would release a powerful shotgun blast of energy which could decimate most foes. I could trigger these by rhythmically tapping the attack button; alternatively, I could hold the right trigger for unending rapid-fire bursts. Since I wasn’t damaged by “touching” enemy fighters, I could fly right up and quickly blast them, assuming their bullets didn’t bring me down.

Another revelation from the strategy video was learning how to use the Gravity Hole Bomb to throw bullets back at enemies, creating loads of Experience Cubes. By holding the attack button and draining the GHB meter, I could absorb bullets for a few seconds and cause a screen wide blast. This was the game’s get out of jail free card, common to most shoot ‘em ups. On the other hand, if I released the attack button before the meter fully drained, the enemy bullets I had absorbed would be reflected away from my ship, in whichever direction I was moving. This wasn’t a particularly effective way of bringing down enemy ships, but it did spawn a ludicrous amount of Experience Cubes. These were produced by shooting down enemy fighters, and as their name implied, increased the level of my Mosquito, and thereby its power, not unlike in an RPG. The results of my powered up fighter were noticeably satisfying – a wider, more destructive shot – but the Experience Cubes also served as a score multiplier. It was important to collect them quickly too, since their value would increase exponentially if I could chain them together, before the Item Combo Gauge expired.

After learning how to force spawn hordes of Experience Cubes, and just how vital they were to my progression, my play style changed. Instead of staying back and never letting up of the Mosquito’s standard fire, I began playing more aggressively, rushing enemies with the Piercing Cannon, and making a point to chain Experience Cubes. I continued making progress too, getting a little further with each run, but my scores absolutely skyrocketed. With this newfound wealth accumulation, I bought the remaining life and credit upgrades, which pushed me over the edge. After five hours of playing, I could finally beat this twenty-five minute game! And I’ve got to say, even though I did so using the most forgiving settings (outside of implementing free play), it still feels like such an accomplishment!