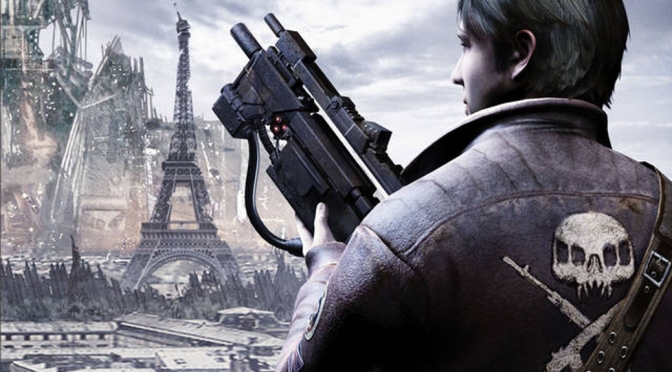 Looking back, it’s been approximately eight years since I played the Resistance games. Like most games, I missed their time in the spotlight, but hey, they were still worth playing.

The trilogy of Insomniac developed first-person shooters marked a tone shift from the developer best known at that point for the Spyro the Dragon and Ratchet & Clank games. Concerning humanity’s attempts to survive amidst a violent alien invasion in an alternate historical version of the 1950s, the Resistance games put players in the shoes of action hero protagonists taking it to the alien hostiles with Insomniac’s trademark creative weaponry.

Published by Sony, they also served as some of the PlayStation 3’s biggest tent pole releases, such as Resistance: Fall of Man, the November 2006 launch title that kicked the series off. That game’s sequel arrived in November 2008, and the grand scale of the conflict it depicted won me over, although it’s hard to argue that Resistance 3, which concluded the trilogy when it released in September 2011, wasn’t the most polished of the bunch.

However, as with most trilogies from that era – and there were so, so many – Sony clearly looked at it and thought “why let a perfectly good trilogy go to waste?” In addition to a couple of novels and comic books that filled in narrative gaps, there were a couple of side games for Sony’s portable handhelds. The first being Resistance: Retribution, which debuted in March 2009 on the PlayStation Portable. Developed by Bend Studio, who were on a hot streak after a successful pair of Syphon Filter games for the PSP, it was a perfect match.

I never played them, but by all accounts, those third-person stealth action games worked much better than they had any right to on a platform with a single analog stick nub. Resistance: Retribution was no different – it played surprisingly well, in no small part to forgiving aim assist. Using the face buttons as if they were a second analog stick, I had sufficient aiming/camera control. Not great, but sufficient. But with the aim assist, I merely had to get my aiming reticule near an enemy and the game did the rest, kind of like in Codename: Tenka. I mean, I still had to press the fire button, and I’m honestly a little miffed about that.

Alternatively, this game had a super cool connectivity feature with Resistance 2 that allowed it to be played with a DualShock 3 controller. The process was a little involved though, and required that the PlayStation 3 remain on the entire time with the PSP connected to it. When using the controller, the aim assist turned off and ironically the game was a little worse for it. Not to mention having to use a detached controller on a device whose display size is only a few inches; this created an awkward play environment.

Personally, the majority of the dozen hours I spent with the game were played on my TV, thanks to the system’s component output. As this was a console style third-person shooter, it was a natural fit for a bigger screen. And it was made even better by taking advantage of my TV’s zoom mode, which enlarged the outputted video without cutting anything off. The lower fidelity graphics of the PSP were a little more pronounced in this setup, but the tradeoff of viewing the action on a much larger screen was definitely worth it.

Plot wise, I couldn’t tell you how this entry fit into the Resistance lore, but as it followed a one-man wrecking ball, I know it was right in line with the other games. James Grayson, the feisty Brit I played as, was an antihero driven by his hate of the Chimera and what they’d taken from him, namely his family. Robin Atkin Downes’ performance as Grayson was stellar, and the couple of other major players in the storyline added entertaining fodder for him to get upset at, and in one case, bed in strange fashion.

As he, along with British and French resistance took the fight to the Chimera across Europe, I couldn’t help but think of the strange inconsistency of Grayson delving into Chimeran facilities, where supposedly no other human had been before, but finding caches of ammunition and health packs. This didn’t diminish my experience though – it actually had the opposite effect since it aided me – it’s just a funny thing, you know? And it’s not like this was supposed to be some highbrow “thinking man’s” game, but still, it was something I considered odd.

So… yeah, Resistance: Retribution was pretty alright! It wasn’t quite as good as I thought it might be, but what is after years of anticipation? The series made the transition from first-person to third-person while retaining its trademark clever weaponry. And anyways, it’s supposedly leagues better than the other portable game in the series, Resistance: Burning Skies, from 2012. Generally regarded as one of the worst titles for the PlayStation Vita, I’m well… what can I say, I’m looking forward to playing it!