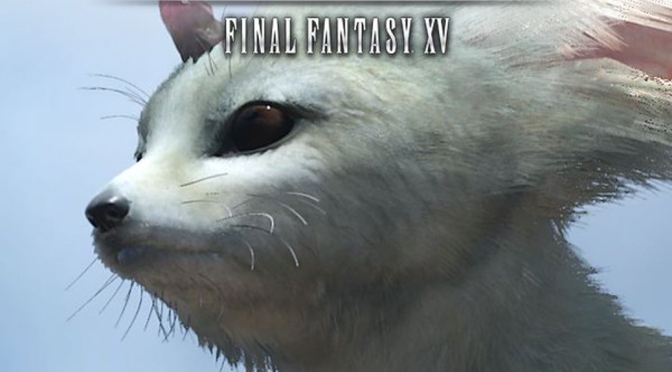 This past Thursday, Square Enix hosted a one-off fan event to “uncover” information regarding Final Fantasy XV, the developmentally challenged flagship title of the company’s premier series. Previously announced as Final Fantasy Versus XIII at E3 2006, fans have long pinned their hopes for the series on this title since Final Fantasy XIII so thoroughly disappointed them. Uncovered: Final Fantasy XV, the event held in Los Angeles on Thursday, was a bombastic opportunity for the company to generate press coverage and curry goodwill with fans. One of the cooler modern trends coming from events like this is the immediate release of playable content, in this case Platinum Demo: Final Fantasy XV.

The demo follows a younger version of Noctis, Final Fantasy XV’s protagonist, as he tries to exit a weird, sweeping dream. While traversing four very different areas, he’s guided by a fennec fox-like creature with magical powers such as the ability to recover Noctis’ health or text him emojis. This creature, by default named Carbuncle, is the manifestation of a gift provided to Noctis by his father. Carbuncle acts as a protector and guide to safer, happier times, or simply his father’s car. The varied areas the duo passes through highlight the escapism his dreams allow and insinuate trying times in his reality.

When the demo begins, Noctis and Carbuncle have just been acquainted and find themselves in a mountain pass leading to a spring. Navigating the pass required light platforming and a smidgen of combat. Littered throughout this area were gold orbs to collect reinforcing the platformer elements. Collecting these seemed to unlock special pressure panels and additional weapons from Carbuncle. The pressure panels sped up the passage of time and changed the weather. I found no practical benefits with either and they appeared to only serve as superficial quirks within this demo. A couple of visions were also triggered by pressure panels in this area, perhaps foreshadowing obtainable summons or events happening in the real world.

Alice in Wonderland undoubtedly served as the inspiration for the second area of the demo. The duo was now in a dining room that had previously hosted a child’s play session; toy blocks, magazines, and books were arranged to form structures of all kinds. These were helpful navigational tools as Noctis had been shrunk down to the size of a mouse. Also helpful were the pressure panels that transformed Noctis into toy vehicles, speeding up travel time to opposite ends of the room. Orbs were prevalent as were enemies, the latter in much greater quantity than previously encountered. It was here that I was given ample exposure to the combat system.

All combat is controlled in real-time but requires little input from the player. The circle button commands Noctis to attack and the square button causes him to defend. It was heavily implied that I should hold either button, causing him to auto-attack or auto-defend. Switching weapons mid-combo spruced up his exchanges with enemies and was done by pressing one of the cardinal directions on the d-pad. For the most part though, I was just holding the attack button and letting Noctis reduce his foes to nothing. I found the combat system underwhelming and would consider it to be passive hack-and-slash action.

The next area Noctis and Carbuncle were transported to would’ve passed for the streets of Rome on an episode of Rick Steves’ Europe, excluding the hordes of creatures this section was wrought with, that is. More weapons were doled out by Carbuncle and new pressure panels transformed Noctis into fantasy creatures that allowed him to decimate foes with just a hit or two. As in each previous area, the soundtrack was expressive of the current setting and events unfolding. I enjoyed each track and wasn’t surprised to learn that Yoko Shimomura was the composer. One track in particular sounded like it belonged in Radiant Historia, which is not only one of the greatest JRPGs within the past decade, but is improved by her fantastic soundtrack.

Finally, Noctis reaches an area representing reality, the Citadel (no, not that Citadel). One final obstacle stands in his way and that happens to be a boss fight. At this point, Noctis reverts to his older self and gains access to a warp ability, allowing him to throw his sword and quickly zoom to it to get out of harm’s way or attack an enemy for greater damage. Without discovering secret weapons, this fight is rough and amplifies the difficulty curve associated with the combat system. Basic enemies required nothing more than auto-attacking whereas this prolonged battle required a better management of defensive maneuvering. I found that easier said than done; many of this boss’ attacks were mighty difficult to avoid and the consequences of not doing so were devastating. After a couple of playthroughs (the demo’s roughly thirty minutes in length), I still had difficulty taking this beast down.

Final Fantasy XII is my favorite game in the series, and one of my all-time favorite games. If I were to have played a half-hour demo for it prior to its release, I don’t know that I’d have the time to grasp what the developers were trying to do with the radical direction they ultimately took that game. I bring this up as Platinum Demo: Final Fantasy XV didn’t sell me on the direction Square Enix is taking this game. It’s a great looking game and I love the compositions of Yoko Shimomura, but the gameplay on display leaves me apprehensive for what we’ll get in September. I’m left with many questions like what types of mechanics from JRPGs are present and what exploration is like. But, I know for sure I’ll be there day one with millions of others, regardless of this demo.