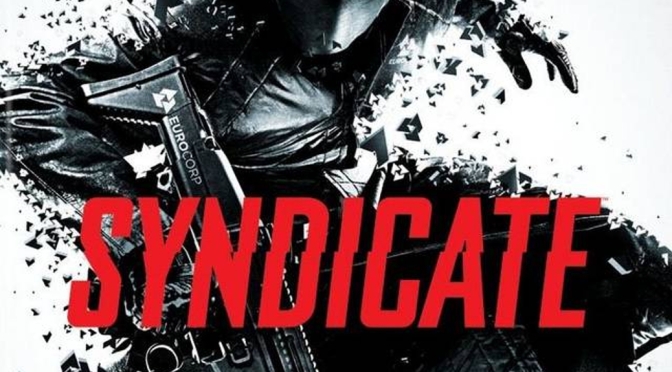 The year is 2069. Once common forms of government now occupy historical archives on the dataverse, having been supplanted by mega-corporations decades ago. These mega-corporations, or syndicates, are few and amongst them Eurocorp is dominant, thanks to their invention of the DART chip: a neural implant allowing access to the dataverse. Unique syndicate specific versions are embedded in roughly half the world’s population, creating a societal divide between the haves and the have nots, metaphorically illustrated by the lush skyscrapers users live, work, and shop and the destitute “downzone” areas on the surface. As they’ve vied for control of the populace and protection of their intellectual property, corporate espionage and outright warfare have become standard, necessitating the need for bio-engineered agents enhanced with the latest in chip technology.

Assuming the role of one such agent, the silent protagonist Miles Kilo, I was an obedient test bed for the newest version of Eurocorp’s neural implant: the DART-6 chip. Besides providing a logical source for the game’s user interface, it granted many abilities that differentiated Syndicate from its FPS peers. The most used of these, the DART overlay, highlighted enemies and objects in a manner inspired by “Detective Vision” from the Batman: Arkham games. Unlike in those games, this visualization was only temporary, mere seconds in fact; then again, it also slowed down time, allowing me to nail headshots with ease. The reload mechanic from Gears of Wars seemed to serve as another influence as I hacked, or “breached” specific objects, including foes, through a comparable timing-based prompt.

For most of the game’s six or seven hours, I encountered agents of rival syndicates, similarly equipped with neural implants. Because of this I could breach them directly, coercing them to fire upon their former allies or, in a somewhat disturbing fashion, simply commit suicide. Firefights were brutal affairs but the game’s aggressive violence was better demonstrated by the chip extraction sequences. After a high-ranking agent had been dealt with, Miles would jam an extraction device into their head and remove their chip, thereby upgrading his. I winced during each one of these, recalling the, personally unsettling, ear-infesting Yeerks from the Animorphs franchise. These abilities recharged as I took out enemies and did so faster as I “performed” better, incentivizing me to kill in quick succession or land headshots. They weren’t useful on everyone, however.

Towards the end of the game, Miles found himself downzone, fighting against unchipped rabble-rousers. I could still use his backfire ability to cause a temporary malfunction in an enemy’s weapon but, lacking a neural implant, they were impervious to coercion or suicide attempts. For that reason, I was more reliant on the arsenal of firearms I came across. Though my options weren’t staggering, it seemed like each gun had a secondary feature that instilled a sense of personality; I enjoyed using each and switched often. Despite the focus on interesting firearms, without full access to Miles’ DART abilities, this portion dragged a little. The game was fast-paced and fun to play in general, but when augmented with the DART overlay and related abilities, confrontations turned into unparalleled thrill rides, bringing to mind Bungie’s famous 30 seconds of fun design philosophy. One especially memorable encounter occurred as Miles escaped Los Angeles.

Having successfully executed a rival syndicate’s chip designer, Miles’ escape from their premises took a few detours, at one point, through a dance club. Rival agents swarmed the place, forcing a massive gunfight while Johann Althoff’s banger of a Hatsune Miku dance track played. It was a peculiar juxtaposition but in unison with the thrilling combat, it was an otherworldly experience that worked so well. Another noteworthy event was an early boss fight wherein a dubstep remix of the original Syndicate theme played. In fact the theme was remixed by a few dubstep artists, like Skrillex, primarily for marketing purposes; it’s an abrasive, polarizing genre of music but for what it’s worth, I enjoyed these remixes. Few other events were scored so memorably, and for the most part, the soundtrack was unobtrusive electronic fare fitting the setting.

This was a brief game and unsurprisingly, the story and characters featured little depth or development. Cyberpunk tropes were prevalent so within the first hour, the direction, and conclusion, of the story as well as each character’s motivations were apparent. Granted, I was suspicious that Miles’ obedience would ultimately be disclosed in a BioShock “would you kindly” type of moment yet it was nothing mischievous like that. The big reveal of Miles’ origins as a Eurocorp agent granted him a previously unknown sense of agency, reaffirming what needed to be done, but I just wasn’t captured by it. Widespread text logs imparted world-building information such as syndicate histories and contemporary accounts of paranoia and injustice with so little flavor, I eventually skimmed through them.

Although the story was flat, the environmental design and general adherence to cyberpunk style was absolutely praise-worthy. I took my time marveling at the interior design of the sterile indoor spaces and remember being particularly fond of an indoor tree surrounded by suspended circular lighting in Los Angeles. Light bloom was utilized heavily with a few egregious, blinding examples that mostly soured me on its implementation. In downzone sections, it was perpetually nighttime; if it wasn’t raining, I was nonetheless traversing rain-slicked alleyways, guided by the omnipresent light of Japanese neon. Extensive syndicate propaganda sold their virtues and hid They Live style messages when viewed through the DART overlay. Regardless of location, these areas were explicitly linear yet I scoured them after confrontations, if anything just to exist in that space for a moment.

In the lead up to Syndicate’s February 21, 2012 release, I recall it received ample backlash from individuals claiming it wasn’t a faithful adaptation of Bullfrog Production’s classic tactics series. It wasn’t an off base assessment but considering Starbreeze Studio’s reputation for crafting polished first-person shooters, it’s no surprise that Syndicate was just that: a polished FPS. The story fell flat but it was such a fun game to play, that didn’t really bother me. Firefights were fast-paced, exciting, and with the DART abilities, unlike any other FPS I’ve played. I enjoyed them so much I actually wanted to go up against more enemies, playing on the hardest difficulty no less! Though I can’t say from experience, I’ve heard the four player co-operative mode is worthwhile, too. Accentuated by alluring environmental design and dry text log entries, the cyberpunk setting was well realized and, darkly, believable. Syndicate was a blast and I hope those who were critical of it eventually gave a fair shake, and judged it for what it was, not what it wasn’t.