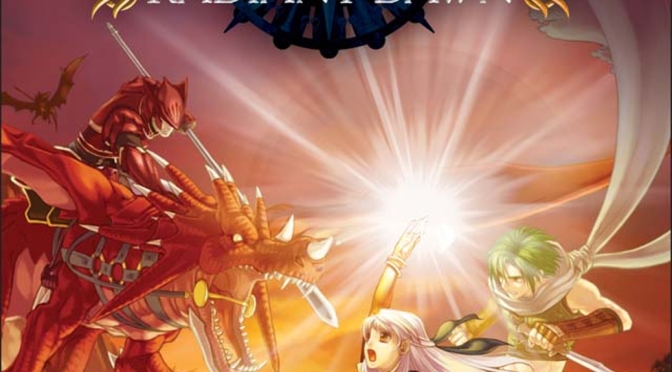 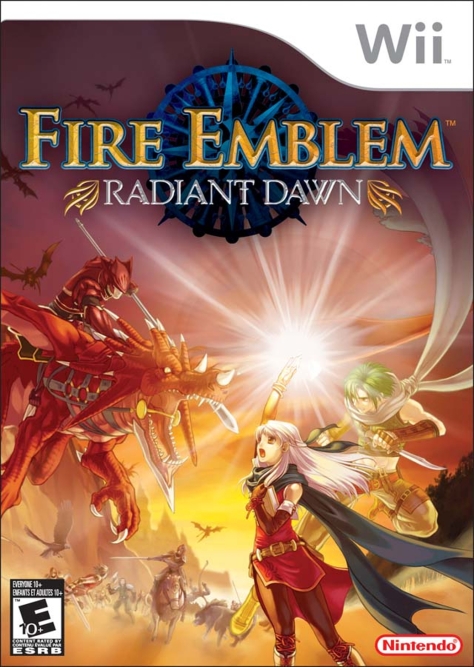 Exactly one year ago, I struck while the iron was hot. Browsing GameStop with a friend, I spotted a pristine copy of Fire Emblem: Radiant Dawn that I couldn’t pass up. We’d see copies every so often but they’d be missing their manual or in poor shape otherwise not meriting the hefty asking price. Little did I know that this acquisition would solidify the schedule of our weekly get-togethers for the next year and that we’d eventually clock more than eighty hours in order to complete one of the hardest entries in the tactical RPG series.

First released in Japan on February 22, 2007, Nintendo published it in North America on November 5, 2007. Like the Game Boy Advance entries I’ve previously reviewed, Radiant Dawn’s narrative unfolded from multiple perspectives in a chapter-based format. Set on the continent of Tellius, three years after The Mad King’s War chronicled in Path of Radiance, the rebuilding nations once again found themselves drifting apart and closer to all-out war. Racism against the half-human, half-beast Laguz proliferated many countries fueling much of the strife, but it was the actions of power-hungry political leaders and their manipulation of the public in the name of the divine that bent the continent backwards. Rebel insurgencies rose up, their forces coalescing with fair rulers and good-hearted mercenaries as the war evolved from survival against neighbor to survival against god.

In the first section, roughly ten chapters, I controlled the Dawn Brigade, a rebel force led by Micaiah, the Silver-Haired Maiden. They successfully rose up against an occupational army thanks to her mystical prescience, foreshadowing both impending trouble and her importance to the story. Consisting of five or so chapters, the second part of the game was quite brief but shone a light on the impact of the Dawn Brigade’s triumph and the tense peace that was dissipating across Tellius. Returning protagonist Ike took the spotlight in the third and lengthiest part. During the next fifteen chapters, his Greil Mercenaries aided the Laguz Alliance in their fight against the subjugation and eradication of their kind. The conflict throughout Tellius consequently resulted in the return of dueling goddesses and the unification of forces I’d separately controlled up to this point, closing the game in a grueling ten chapter run.

Amidst the calamity, subplots played out, advancing the narrative and allowing opportunities for character development. With such a large cast of characters – more than seventy playable units and numerous antagonists – it’s unsurprising that most fell into stereotypical roles. A limited support system where nearly everyone could buddy up but only engage in boilerplate conversations mid-battle didn’t help matters. In light of the par-for-the-course convoluted storyline however, predictable characters helped me to remain informed of current goings-on during our yearlong playthrough. In contrast, my enthusiasm rarely dwindled in regards to the robust and rewarding gameplay.

I’d long heard that this entry was one of the toughest in the series and having played through the brutal endgame gauntlet for myself, I can see why. Battles, all throughout the game, were on a larger scale than any I’ve previously played. It wasn’t uncommon for enemy reinforcements to continue pouring in for a dozen turns, becoming a running joke for my friend and I. Often, victory required the elimination of more than one hundred enemy units. The endgame in particular had us going toe-to-toe against the toughest enemies on three fronts using armies of mixed strength units and limited access to resources. The volume differential alone was staggering, especially in consideration of the need to “babysit” units who couldn’t take a hit while simultaneously lining them up to pick off units and gain experience.

To accommodate the game’s length, units could upgrade classes twice, extending their statistical growth another twenty levels compared to the handheld entries I’ve played. Latent and assignable in-battle skills furthered their strength and abilities, plus those of their enemies, adding another wrinkle to combat matchups. The shape-shifting Laguz characters were new to me although I wasn’t smitten with them. Though powerful in their beast form, they remained so only temporarily. A recharging gauge dictated when they could transform and when they’d revert to their susceptible human form. One exception was the Hawk King Tibarn who, through his Formshift skill, allowed him to remain in his beast form permanently. In conjunction with his Canto skill, allowing any unused movement to be used after an action, and the refreshing abilities of the Heron Laguz, he could be granted two actions per turn and wreak havoc on his opposition.

Playing as we did, alternating control on odd and even chapters, we grew attached to individual units like Tibarn. We’d use our turns to “lobby” on the behalf of personal favorites, improving their abilities and devising strategies for their universal inclusion in skirmishes. As I’ve found to be the case with these games, success required meticulous preparation, in the lead up to and during confrontations. Managing the skills and inventory of each unit, deciding who to bring into battle, examining enemies intently, positioning allies to disburse experience smartly and prepare for the enemy turn, it was mentally strenuous. However, considering one teensy-tiny overlooked detail could spoil an otherwise well thought-out strategy, it was necessary.

The inclusion of a battle save feature was a blessing, frequently allowing us to test out a strategy or attack without fear of permanently losing a unit. Truthfully, despite this game being more difficult than Fire Emblem, the battle save feature made it far less frustrating; rarely did we lose an hour of progress or forsake a fallen unit. It did not, however, alleviate the immense frustration I encountered in the penultimate chapter of the game’s first part. Controlling two units, in a small forest plagued by fog of war, I needed to rout the enemy while protecting a weaker unit who could barely withstand an attack. It must’ve taken me two-dozen attempts to overcome and rekindled my previously held impression that the genre’s difficulty stemmed from battles devolving to a point where there was a single “right way” to victory. Happily, this was the sole time this notion popped into my head.

With another Fire Emblem in the books, I’m further convinced of the unassailable talent at Intelligent Systems. Radiant Dawn, like the entries I’ve played before it, was built upon a well-worn foundation; yet it was enhanced by unique features differentiating it from its predecessors. The challenge it offered required intense, dogged analysis. Any missteps were dire, costing the permanent loss of a character or simply the time put into a skirmish. So fulfilling was success, however, especially when a battle plan was successfully executed the first time! Though their specialty lies not in crafting a dynamic narrative, I still enjoyed the broad story and varied cast of characters Intelligent Systems produced. Of the three I’ve played, this entry reigns as my favorite in the series (and one of the favorite games I played last year). Now, which do I play next?