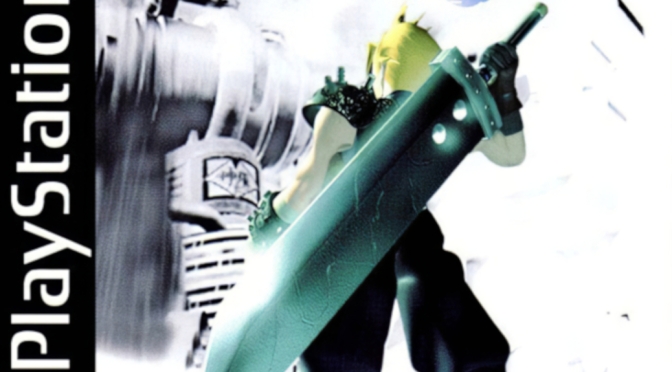 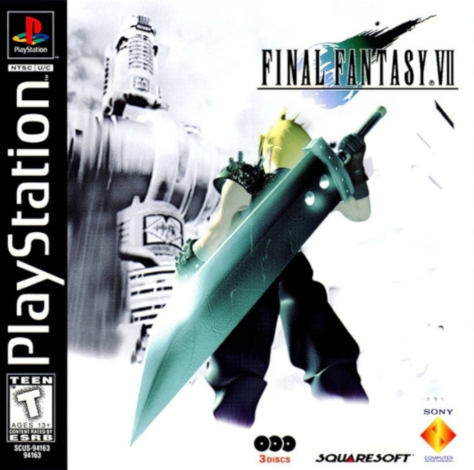 Years after completing the previous entry in the series, and following its release for the Nintendo Switch and renewed hype for the upcoming PlayStation 4 remake, I’ve finally completed Final Fantasy VII. It’s hard to dispute the game’s status as the most popular Final Fantasy, and now that I’ve experienced it in full, it’s easy to see why. The game’s modern/sci-fi setting and appealing characters make for a more relatable experience than previous entries. The fundamental RPG gameplay is rock solid, and the Materia customization is addictively satisfying. Also, it didn’t hurt that this was the first entry to release with 3D visuals, or that the soundtrack was phenomenal. More than twenty years on from its debut, the game remains a standout entry in the series, and an enjoyable RPG in general.

Final Fantasy VII was originally released on the PlayStation in Japan in January 1997, with a North American release following in September of that year. The fact that the next title in the Final Fantasy series appeared on Sony’s nascent PlayStation after years of partnership with Nintendo was a pivotal moment for all three companies, and for the video game industry as a whole. It was developed by Tokyo-based Square, with a legendary staff full of household names: Hironobu Sakaguchi, Yoshinori Kitase, Tetsuya Nomura, Nobuo Uematsu, the list goes on. Well, household names to a fan of RPGs, at least.

At this point a remastered version of the original PC port, courtesy of Parisian developer DotEmu, is available on just about every modern platform, including the Switch and Xbox One, where it just released on March 26 of this year. These versions feature high resolution visuals, dialogue adjustments, and a bevy of quality of life improvements such as 3x speed and no enemy encounter toggles. Since this was my first playthrough, I refrained from using these features too much, although the 3x speed was a blessing while exploring dungeons and backtracking across the planet.

Unlike previous entries, Final Fantasy VII took place in a modern-ish setting, with overt parallels to contemporary times. The driving focus for the protagonists, a few of whom belonged to an eco-terrorist group, was their opposition to the Shinra Electric Power Company. Shinra harvested Lifestream, the spiritual energy of the planet, and converted it to Mako energy at facilities the world over. Cartoonishly uncouth business practices were exhibited by the executives, and their zealousness for extracting natural resources in search of a profit didn’t bode well for the long-term health of the planet.

Eventually Sephiroth, a former member of Shinra’s elite secret service became the most pressing existential threat to the planet, although Shinra continued to play a role through the game’s forty hour runtime. Cloud and Sephiroth had served together in SOLDIER, and the latter was the former’s inspiration for joining in the first place. As the storyline progressed, character-defining secrets from both of their pasts were uncovered, altering what I thought I knew of the pair. I’m honestly surprised I’ve made it to 2019 without knowing much about the story, save for THAT ONE MOMENT.

Structurally, the game’s narrative progression followed the formula introduced in early RPGs and refined in Final Fantasy VI. Cloud’s quest to save the planet and defeat Sephiroth took him to towns and dungeons all across the planet. Along the way, he recruited numerous individualistic allies from all walks of life. Occasionally, circumstances called for me to use different party members so everyone had their moment to shine, in addition to their introduction. This game, perhaps more so than any other entry in the series has such iconic character design, Cloud and Sephiroth chief among them. Their proportionally inaccurate weapons defy logic but immediately instilled a masculine bravado and “coolness” that has transcended time. Kind-hearted Aerith, rambunctious Yuffie, almost every character has been included in all manner of spin-offs and sequels, which I think is a testament to their resonance.

Combat adhered to the active-time battle system introduced in Final Fantasy IV but there were some adjustments. First off, the party size shrunk from four characters to three. I thought this change might result in less difficult battles but that wasn’t the case. There were still plenty of opportunities to utilize unique strategies, like casting Reflect on party members and attacking them with offensive magic to damage foes, but most fights simply called for a better mastery of the basics and brute strength. Limit Breaks were one aspect to this. As a party member took damage the Limit Break gauge would fill up. When full, they could unleash a devastating special attack.

New to this entry was Materia. Rather than learning spells or abilities due to a job class system like in Final Fantasy V, the characters equipped Materia into their weapons and accessories. These items came in a few different classes and granted a narrow selection of spells or abilities as they were leveled. For instance, a Fire Materia would allow the user to cast Fire, and leveling it eventually resulted in being able to cast Fire 2 and Fire 3. If the weapon or accessory allowed for it, it could be combined with another Materia to enhance its effects, such as an All Materia to inflict all enemies or allies. The wide variety of effects and the potential for nearly limitless combinations had me hooked. I had so much fun leveling Materia and customizing my party members to the nth degree.

Besides the standard exploration and combat gameplay synonymous with RPGs, Final Fantasy VII had a surprising array of minigames. Mostly centered in the Gold Saucer, an amusement park illustrative of Shinra’s development practices, these minigames offered a surprising amount of depth and a graphical fidelity not present elsewhere. I can’t say I got too involved in them, other than a cursory examination of each, but they contributed to the general joy I felt permeated the game. Sure, the storyline dealt with dark themes and occasionally took the party to dystopian areas, but they had fun here and there. Another great example was Cloud’s cross-dressing scene early on and the small tasks it took to see it through to completion.

Minigames weren’t the only element to take advantage of the PlayStation’s ability to render 3D visuals. Battles were similarly impressive. Illustrated as full-size character models, the party members fought all manner of monsters, which rarely appeared as reskinned variants. The attacks of summons played out in awesome scenes, some of which ran up to a minute in length (thank you 3x speed!). Exploring towns and dungeons was less impressive. These areas were comprised of static pre-rendered backgrounds which sometimes made it feel like I was exploring an unclear painting. Entrances and exits could be ill-defined and the fact that optional indicators marking them could be turned on or off says a lot. It didn’t help that Cloud occasionally behaved differently than how I thought he would, based on my inputs.

In contrast to the visuals the audio aspects, namely the soundtrack, was perfect. This was the first video game Nobuo Uematsu crafted music for that appeared on the compact disc format and as such, there’s a notable improvement in technical quality. The compositions themselves were catchy, memorable, and hummable. The classic Victory Fanfare, one of the first songs a player hears, was taken to a whole other level. I can’t tell you how many times I just sat and listened to it after a battle; I could live in the sonic depths created by keyboards and drums! And it’s not just that track. This is one of the rare few games where I think the entire soundtrack – four discs, more than four hours of music – is perfect. Pull up any track and you’ll find a compelling, evocative composition that fit the mood of the moment and is listenable to outside of the game.

Unlike most, my first long-form exposure to the soundtrack was Team Teamwork’s hip-hop mashup album Vinyl Fantasy VII. It’s the follow-up to Ocarina of Rhyme, which is also worth a listen.

It feels good to have resumed my playthrough of the Final Fantasy series, especially since I’ve completed the next entry! More than twenty years later, Final Fantasy VII is still an enjoyable experience. The setting, storyline, and characters remain iconic, and for me personally, will mean a little more when I see them in sequels and spin-offs. The gameplay is built on a strong fundamental basis and accentuated with addictive Materia customization. Graphically the game isn’t quite as stunning as when it first released, but the visuals have their charms. On the other hand, the soundtrack is damn near flawless, and has become one of my favorites. There’s more ways than ever to play Final Fantasy VII, and in spite of the looming remake (or even because of it), it’s still worth checking out.