In an effort to begin a new tradition, my friend and I decided to kick off the New Year by completing a “bad” game. We’d done this previously, completing Fugitive Hunter: War on Terror at my behest back in 2012. It was a barely competent first-person shooter that was otherwise unremarkable, save for the ludicrous fistfight against Osama Bin Laden that capped it off. This year, we compiled a list of suitable titles from my collection, paired them against each other in the Tournament of Terribleness and wound up selecting Eat Lead: The Return of Matt Hazard as the game we’d start 2017 with. Oh boy.

END_OF_DOCUMENT_TOKEN_TO_BE_REPLACED 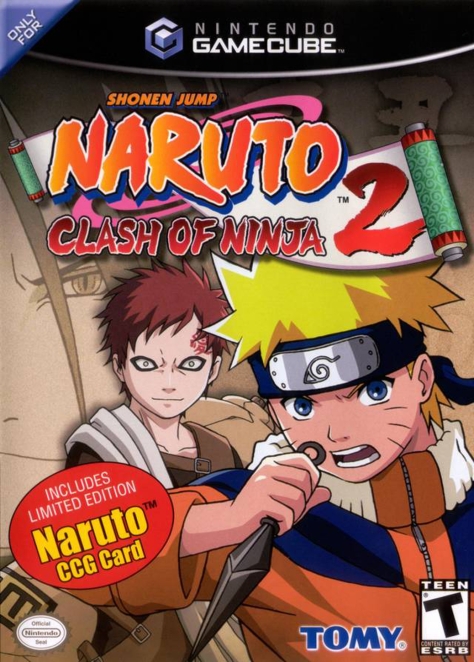 Here’s another recent acquisition – as in purchased this year. I remember picking it up at a Goodwill earlier this year and haven’t played it yet. It’s precursor though, my friends and I played that a great deal. While not a big fan of the property, I’ve always thought the Clash of Ninja series punched above its belt in terms of licensed anime fighting games. The games are lacking in a lot of the same ways most fighting games are: no in-depth single player mode or story and little extras to keep playing outside of multiplayer. The combat has always felt really good though – very fast-paced, partial to button-mashing, but great fun locally.

Naruto: Clash of Ninja 2 was developed by Eighting and published by D3 Publisher in North America on September 26, 2006. However, it was originally released in Japan on December 4, 2003 – nearly three full years earlier.