In keeping with tradition, . Scratch that, I mean I’m going to simply order these games alphabetically instead of ordering them. This list is very Wii U heavy, which makes sense as I purchased the system shortly after Mario Kart 8 released. It was the straw that broke the camel’s back in the sense that there were plenty of titles available and coming soon that I wanted to play. And of course, this list is diverse with older games as I usually don’t play many new titles. In that regard, this list is unlike any other I’ve constructed.

Bayonetta 2 – Now this is a video game. Platinum Games, Sega, and  Nintendo expanded upon the formula of the original by blowing it out of the water. This was easily the most fun I had playing a game by myself this year.

Castlevania: Lament of Innocence – I’ve been a big fan of the series since playing Aria of Sorrow but this was my first foray into a 3D entry. I did’t think the game was outstanding, but the focus Koji Igarashi and his team had was. An enjoyable action game.

Eternal Darkness: Sanity’s Requiem – The same can be said for this game – that I didn’t find it to be outstanding. It just hasn’t seemed to age super well. Still, this was a fun game to play through with a friend and I’m glad to finally check it off my backlog.

Gyruss – With this game, my friend and I had a great high-score competition going that stretched from late 2013 into early 2014. We had long breaks in between, but the rivalry was fierce. The game and our rivalry was a great example of the Golden Age of Arcade Games.

Mario Kart 8 – This was the game that pushed me over the edge on the Wii U and what a game! If it’s not my favorite in the series, it’s easily #2, right behind Double Dash. A great selection of courses, great DLC, and solid online wooed me in the early days with my new system.

New Super Luigi U – This was another early adoption title that wooed me. I played through the entirety of this in co-op, and it was such a pleasurable experience. A great blend of traditionally designed platforming stages, with super tough requirements, and fun implementation of the Wii U Gamepad.

Pokémon Emerald – I limited myself to one Pokémon game, so despite the more traditional Platinum, HeartGold and the less traditional XD: Gale of Darkness, Battle Revolution, Ranch, and Trozei, I chose this. Having skipped this game in its time, I was excited to revisit Hoenn and see the things I missed out on.

Scribblenauts: Unlimited – My friend and I haven’t beaten this game. We’re maybe halfway through it. Still, the amount of fun we had brainstorming ridiculous creations was probably the most fun I had with a video game all year. Highly recommended.

Super Mario Bros. – I mean, come on. This game is legendary. I finally beat it this year after many attempts and the assistance of my friend. What a sense of accomplishment afterwards! Talk about checking something off of a backlog, this is more like a bucket list item!

Super Smash Bros. for Wii U – What a stupid name. Still, this is such a highly refined, balanced game with enough content to keep me content for years. Rest assured, I will play this game until its successor comes out and it will be in the mulitplayer lineup that long too. 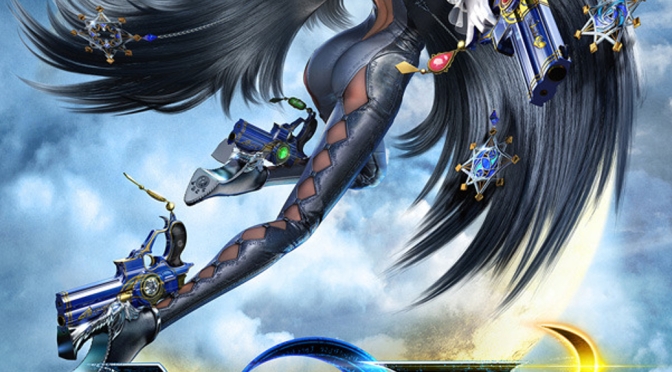 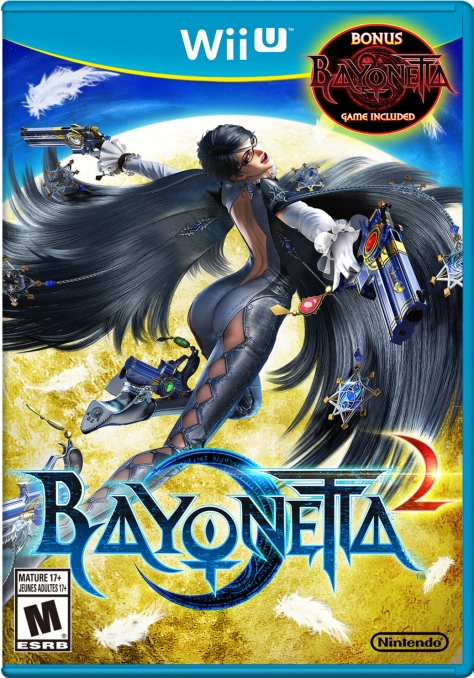 Bayonetta 2 was released for the Wii U a few weeks ago and it follows up 2010’s Bayonetta in spectacular fashion. Platinum Games refined the formula of the original and managed to top it in every way imaginable. During the course of my playthrough, it was apparent that I was enjoying my time with it considerably more than I did with the original. For a while it was hard for me to determine how much of that was attributable to the knowledge of the gameplay systems I carried over from my recent playthrough of the original. It was definitely a factor, but this game had enough chutzpah to keep me entertained for its duration. END_OF_DOCUMENT_TOKEN_TO_BE_REPLACED

Bayonetta 2 looks nuts. I’m dying to play it, especially after reading Kotaku’s month-long coverage of it in the period between its Japanese and North American launches. Before jumping into it though, I had to familiarize myself with its predecessor. Thankfully Nintendo, Sega, and Platinum Games thought ahead and bundled the 2010 original with the sequel. I’m woeful to admit that I didn’t play Bayonetta when it originally released. Or even years later, when I’d see copies at GameStop for less than ten dollars. That’s not to say I wasn’t a fan of it from the moment it was announced. It was developed by Platinum Games after all.

The studio has been one of my favorite game developers since their 2006 inception. I feel this way because the studio’s spiritual predecessor (Clover Studio) was also on that list. Together they’ve created so many stellar games, including, Vanquish – easily one of my favorite action games of all time. It’s easy to laud the work the studio and its creators have architected. Well, maybe The Legend of Korra excluded, but that’s a budget licensed title… So, of course I was ready to play Bayonetta when I purchased it two Fridays ago, and the game was quick to set the hook.

Opening in a graveyard, the camera weaves around tombstones engraved with the introductory credits. Eventually, director Hideki Kamiya’s is reached, and it’s unfortunately being urinated on by Bayonetta’s stubby Joe Pesci-like partner, Enzo. She’s performing burial rites for a colleague, in the process summoning a group of atrocious angels. As they descend to Earth, her tough man acquaintance Rodin is resurrected and she begins wailing on the monsters while an extremely candy-coated, techno-infused version of a 1950s jazz standard plays in the background. In the process, Enzo flails around and Rodin tosses her ludicrous amounts of handguns which she burns through in a comical sequence.

I knew to expect this type of zaniness and there was a lot of it, but the game didn’t maintain this spirit 24/7. There was a long stretch where I wasn’t fully compelled to continue on. I was partially turned off by lackluster rising action and a dearth of interesting set pieces. For what seemed like hours after the mind-boggling introduction, there was little narrative development. As she suffered from amnesia, the game was mostly about Bayonetta searching for who she was. Three more characters were introduced during this middle period (Jeanna, Luka, and Cereza), but the storytelling focus turned heavily towards textbooks that illustrated the background history on the setting and characters. This wasn’t always pertinent information to her quest.

On top of that, I was struggling with the combat system. I wasn’t to the point where I was going to rage quit, but I definitely had the rage. There were many reasons for this. Firstly, dodging just before being attacked triggered Witch Time. This slowed down the enemies and was absolutely crucial. When I battled groups of enemies, my focus couldn’t remain on a single enemy and as a result, I couldn’t activate Witch Time consistently. I’d get a beating for being unable to do so. Secondly, I couldn’t jell with the combo system. I played this game for hours and relied almost entirely on mashing the punch button. In this regard, I damned myself by not experimenting more, but the game seemed so harsh, as if it was punishing me for doing so. I went so far as to purchase a Wii U Pro Controller, thinking it may alleviate some of my issues.

Eventually though, I began to figure it out. That process began by learning to use healing items. My perception of the game’s difficulty was lessened because of this. It proved to be a huge boon too, as dying over and over had become incredibly demoralizing and rage inducing. Likewise, I saved up enough money to buy a few accessories from Rodin. Two in particular were very helpful. The first activated Witch Time whenever Bayonetta was struck, allowing me the opportunity to retaliate in a big way. The second was a great defensive item. If I pushed the analog stick in the direction of an enemy as it attacked Bayonetta, she would counter. This helped prevent enemies from breaking combos and allowed me to set the pace of fights – not the enemies.

At the same time, the characters were developing more and the narrative was coming together. Luka, and Cereza’s contributions to Bayonetta’s story had become clearer and they became more than just a quick cutscene distraction here and there. She had also regained full understanding of who she was and how she interfaced with her doppelganger, Jeanne. The boss fights were stacked towards the end too. Boss fights were always enormous set piece affairs, one of the game’s highlights, but they were fairly infrequent during the meat of the game. With the characters and narrative coming together and having finally figured out how to enjoy the game, I did.

Bayonetta had a stringent three act format in my experience. Not just in the narrative. I’m able to easily look back and chart my enjoyment into three sections. In the beginning, I was awestruck and intrigued. Well into Bayonetta’s quest for self, my interest had waned as the story was failing to captivate me entirely and the combat was growing frustrating. However, everything turned around as I began to take advantage of all that was available to me and as the story components were falling into place. My time wasn’t entirely enjoyable, but honestly, I made the game harder than it should’ve been. At this point though, I’ve familiarized myself with the concepts and implementations and will be able to take that knowledge with me as I begin Bayonetta 2. I think I’ve died enough to play it.